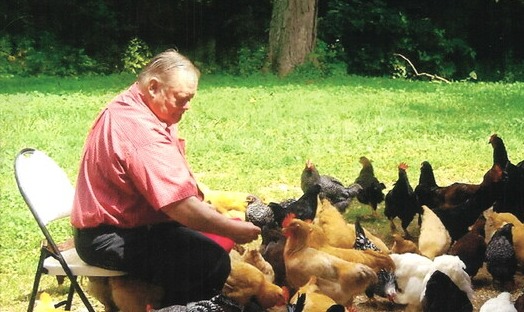 William was born on July 18, 1942, in Illinois, son of Clarence David and Elva Marie (Wayne) Teeter.  He was united in marriage most recently to Carole Grant.

William was a very hard worker beginning at a young age.  He bought his first pizza place at the age of 17 only selling the restaurant because he joined the Army.  While serving our country he was stationed in Germany.  After his service he came back to Illinois and opened his second pizza place.  He later graduated from the Police Academy and served on the Lyons Police Force for over 19 years. After serving Chicago as a Police Office ran a bar and his third and final pizza place.  He loved fishing, and hunting.  Above all, he cherished his family and the time he spent with them.  He will be greatly missed.

He was preceded in death by his parents, sister Sally Couch and his third wife Delores.

To order memorial trees or send flowers to the family in memory of William Arthur Teeter, please visit our flower store.