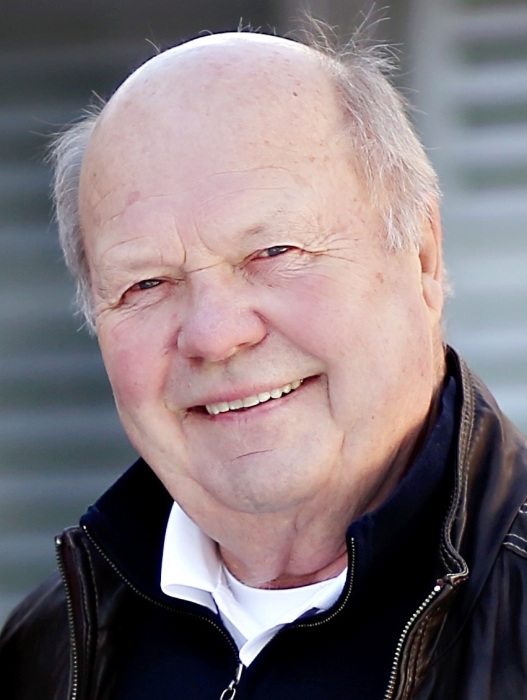 William J Strothkamp (BJ) passed away from COVID-19 on Friday, March 5th, leaving a large void in the hearts of his family, friends, and everyone who ever spent time with him. BJ was born on June 7th, 1943 in St. James, Missouri, the son of William Peter Strothkamp and Helen Loethen Strothkamp. He grew up in Rolla, Missouri and attended the University of Missouri at Rolla School of Mines where he was a member of Lambda Chi Alpha and earned his degree in ceramic engineering. In 1971, BJ married Ann Heimbaugh Strothkamp and they looked forward to celebrating 50 years of marriage in November 2021.

Outgoing and funny, BJ had a genuine interest in other people. He liked almost everyone he met and considered each a personal friend. BJ was also extremely competitive. Whether it was catching the biggest fish or shooting the most quail, he wanted to win. He probably made (and lost) the most friends with his competitiveness on the golf course. He was an eternal optimist when golfing, which is probably easy when you are also one of the best putters ever, and he won way more times than he lost. Many of us have heard the familiar refrain “fast pay keeps friends” after BJ tallied up the scorecard.

BJ had a long and successful career in the refractory business, founding Refractory & Insulation Supply, Inc. in 1979 because he “never could find a boss he liked working for.”  BJ grew R&I from a one-man company in the basement of his house to a business that stretched across the United States and employed over 40 people.  His success in business is probably best measured by the friends he made while working; BJ was very proud of his business and the people that worked for him.

For all of his friends and hobbies, BJ’s favorite times were at home with his family, especially on holidays. He enjoyed being active in the lives of his children and he coached many of his children’s sports teams. He loved spending time with family and friends at the Lake of the Ozarks. Family took an even larger meaning in his life with his grandkids. There is nothing in this world that BJ would not do or give his grandkids. His favorite thing was making breakfast for his whole family- which inevitably involved too many chocolate chips. While many will miss BJ, his grandkids will forever miss “Grampy.”

A celebration of life will be planned in the future.

In lieu of flowers, the family requests memorial contributions be made to the American Macular Degeneration Foundation (www.macular.org) or Direct Relief Coronavirus Pandemic Response Fund (www.directrelief.org).

To order memorial trees or send flowers to the family in memory of William Strothkamp, please visit our flower store.