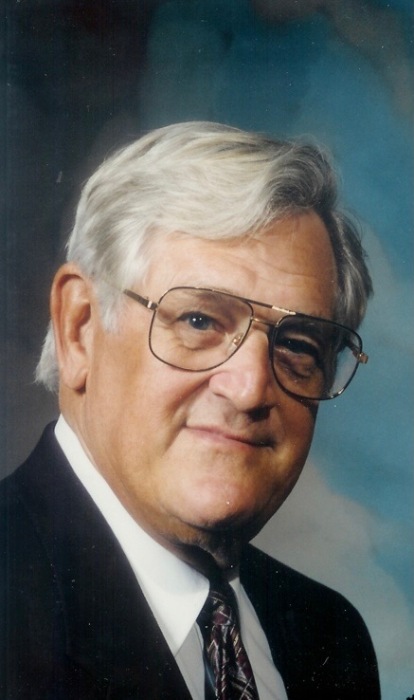 Funeral Services and Mass of Christian Burial for William A. Klauer, 92, of Bettendorf, will be at 10:30 AM on Thursday, December 3, 2020 at St. John Vianney Catholic Church, Bettendorf.  Due to the current health crisis, masks must be worn and social distancing respected. The event will be live-streamed on the church’s website https://www.sjvbett.org/.  Burial will be at National Cemetery, Rock Island Arsenal.  A private family visitation will take place at Halligan-McCabe-DeVries Funeral Home, Davenport.  William passed away Thursday, November 26, 2020 at Genesis Medical Center, East Campus, surrounded by his family.  The family would like to thank the staff at Genesis for their compassionate care of Bill in his final days.

William (Bill) Anthony Klauer was born February 10, 1928 in Davenport, a son of Ludwig and Helene (Harmer) Klauer.  He attended Davenport High School and earned a degree from the American Institute of Commerce.  Bill served his country in the 11th Airborne as a paratrooper stationed in Japan.  He married Helen Soukop on July 16, 1949 at Sacred Heart Cathedral, Davenport.  They celebrated over 53 years of marriage prior to Helen preceding him in death in 2002.

Bill was a banker with Northwest Bank, First Federal Bank, and retired from Citizen’s Federal Bank.  He was a member of St. John Vianney Catholic Church.  Bill was an avid sports shooter and traveled the country for shooting competitions, bringing home many medals.  He was also a member of the Iowa State Pistol Championship.  Bill loved boating, fishing, and playing cards and dominos with his grandkids and great-grandkids.

Bill and Helen loved spending time entertaining family and friends. They were known for their Friday night fish fries, bus trips to Fish & Fun in McNabb, IL, and parties at their river house in Pleasant Valley.  Bill and Helen had the opportunity to celebrate their 50th wedding anniversary on a Caribbean cruise with all their children and grandchildren.

Memorials may be made to Honor Flight of the Quad Cities or a charity of your choice.

To order memorial trees or send flowers to the family in memory of William Klauer, please visit our flower store.