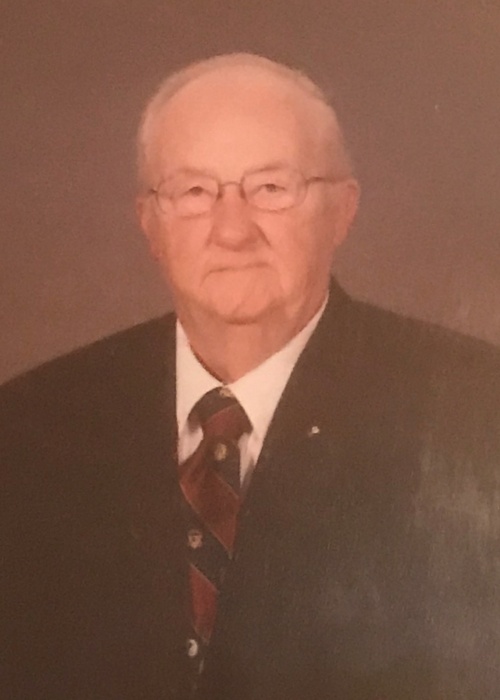 Funeral services for William G. “Bill” Bennett, Sr., 88, of Davenport, will be 10:30 a.m. Saturday, August 8, 2020 at the Halligan-McCabe-DeVries Funeral Home, Davenport.  Burial will be in St. Ann’s Cemetery, Long Grove.  Visitation will be Friday from 4 until 6 p.m. at the funeral home with additional visitation Saturday from 9:30 until 10:30 a.m.  The family requests mask be worn for services. Bill died peacefully Sunday, August 2, 2020 at his home surrounded by his family.

Bill was born November 24, 1931 in Davenport, a son of Maurice and Wilhelmina (Mangels) Bennett.  He proudly served in the Navy during the Korean War as an aerial photographer.  Bill was united in marriage to Mary Costello on June 10, 1953 at St. Ann’s Catholic Church, Long Grove.  She preceded him in death on April 21, 2018 following 64 years of marriage.

Bill enjoyed bowling and woodworking; he could fix just about anything.  He also enjoyed when his grandchildren were around.

Memorials may be made to Genesis Hospice or Holy Family Parish.

In addition to his wife, he was preceded in death by a daughter, Ann Potter, grandchildren: Steven Choate and Jodi Bennett, his parents, and his brothers, Maurice and John Bennett.

The Bennett family would like to thank Julie, Chris, Tiffany of Genesis Hospice for their compassionate care of Bill.

To order memorial trees or send flowers to the family in memory of William Bennett, Sr., please visit our flower store.