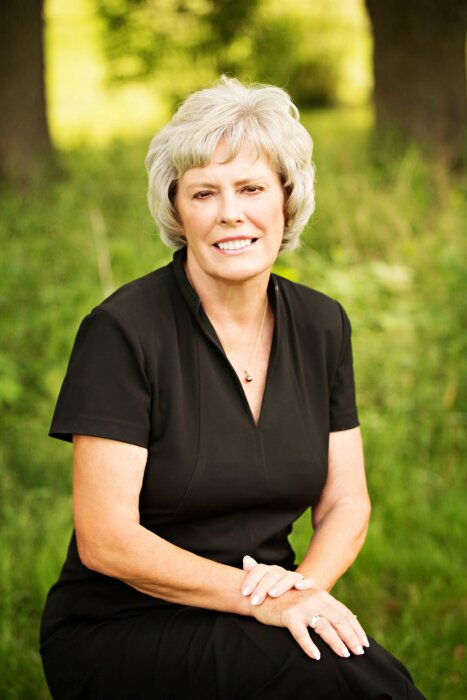 Trudy K. Shockey, 69, of Eldridge, Iowa passed away on Wednesday, December 22, 2021 at home with her two sons and husband by her side.  Following cremation, a Celebration of Life service will be held at St. Ann’s Catholic Church on Tuesday, January 4, 2022 at 11:00 AM.  In lieu of a separate visitation, condolences can be shared with the family prior to the service beginning at 10:00 AM as well as afterwards.

Trudy was born February 20, 1952 in Davenport, Iowa to Robert and Dorothy (Lage) Beert. She lived in Long Grove, Iowa and attended North Scott schools before moving to Anamosa, Iowa for her father’s work, where she completed her junior and senior years in high school.  After high school, Trudy graduated from the University of Northern Iowa with a degree in teaching. A fantastic leader, she ascended the ranks with the Gillette Company and became a Regional Manager covering a five-state region. In 2006, after 26 years with the Gillette Company, Trudy retired.

A dedicated mother, a devoted wife and loving grandmother - she always put her family first. Trudy loved being a mother to her two sons and in 2000, she married Bill Shockey and became a stepmother to four - making them a blended family of six children.

Trudy enjoyed traveling to see her grandchildren, spending quality time with her parents, siblings and cousins, golfing, cheering for the Iowa Hawkeyes, going to the movies, and occasionally traveling with Bill as he continued working his sales business.  In 2010, Trudy became a ‘snowbird’ and enjoyed spending her winters in the Arizona sunshine where she played golf, went hiking and became an avid pickleball player.

Halligan-McCabe-DeVries Funeral Home is assisting the family with arrangements. Memorials may be made to St. Ann’s Catholic Church or any Endometrial/Uterine cancer charity of your choice – YOU can make a difference!  We also wish to thank the people of the Genesis Hospice group for their wonderful help, caring, and support.

To order memorial trees or send flowers to the family in memory of Trudy Shockey, please visit our flower store.