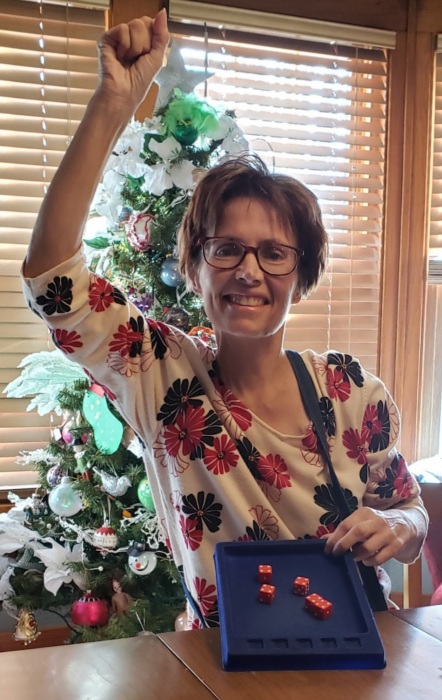 Private services will be held. She will be laid to rest at Pine Hill Cemetery in Davenport.

Trina was born February 3, 1971 in Davenport, Iowa. She was the 8th and youngest child of Marvin and Loretta Bankson.

Trina enjoyed her job driving a Bus for the City of Bettendorf since 2012 and had many friends, patrons and one Guardian Angel she was so very grateful for.

Trina was first diagnosed with cancer in November 2016 and fought for her 6-month remission in between then and now. The Cancer did return and after a time, in the summer of 2020, she was able to "retire". Though wanting more than anything to return to work, but understanding, she made the most of her situation and moved in with her sister Marla.

Through it all she began every morning with stretching and yoga and enjoyed bingo, bowling, puzzles, Yahtzee, tennis, cooking, movies and her memorable trips to California. She was known for her quick wit and ability to find a song in every conversation.  She taught us to make our own luck and even felt lucky enough to buy a lottery ticket on the ride home from receiving her recurrence diagnosis...while singing "No Professor Doom gonna stand in my way, Mmm, I Feel Lucky Today"

Trina is survived by her brothers, Robert, Ronald and Eric; sisters, Lori (Brad) Hambright, Renae (Todd) Renihan and Marla (Robert) Brewer. She was proud to be called “Aunt T” by her nieces and nephews.

She was preceded in death by her parents; brother, Randall; and nephew, Nicholas Brewer.

To order memorial trees or send flowers to the family in memory of Trina Bankson, please visit our flower store.