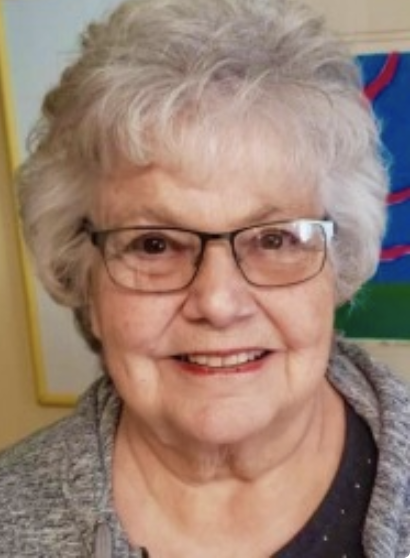 Tonya was born in Davenport, Iowa on December 25, 1942 to Roger and Kathleen “Bee” (O’Connor) Dessert. She was a wonderful Christmas present to her Dad who was away fighting WWII.

The oldest of five, Tonya liked to be a “mom” to her younger brothers and sisters. She enjoyed reading more than participating in the antics of her younger siblings and would often be found hiding away with her nose in a book.

She graduated from Ottumwa High School in 1960. After one year at Ottumwa Heights Junior College, she begged her parents to go to a different school because she knew more math than the math instructors. Her parents agreed to let her go to college in Davenport as long as she lived with family. Upon graduation from Marycrest College in 1964, she headed to her first teaching job in Eddyville, Iowa. It was there she met her very handsome future husband, Don Urbatsch.

Don and Tonya were married on August 14, 1965 in Ottumwa, Iowa. After a cake reception at the church hall, there were drinks at the home of Tonya’s parents. However, Don was so excited to “see the mountains” that they left for their honeymoon in Colorado without taking advantage of those drinks. And thus began 56 years of marriage and Tonya embracing Don’s love of the outdoors.

Tonya and Don raised their three boys, Kevin (1966), Scott (1968) and Steven (1969) in Bettendorf. Three boys in 4 years – their house was full of commotion. Their sons will tell you great stories of adventures in their neighborhood – which abutted corn fields and dirt lots of future homes. Pleasant Drive was home to many young families and the parties were legendary. Parents had their own fun while kids ran around the neighborhood.

While Tonya supported Don’s love of nature, Don supported her educational goals. When the boys were 3, 4 and 6 – Tonya earned her Master’s in Mathematics Education from University of Iowa. Wanting to further her education, Tonya left home for one year to concentrate on her doctoral studies while Don stayed home with the boys. In 1979, she earned her Ph.D. in Mathematics Education.

Her five page resume provides career highlights. She was a teacher, she was a teacher mentor, she developed math curriculum, she was an administrator, she was a professor, she tutored countless friends and family members….the list goes on. Her passion for teaching was contagious. She assured girls and women loved math and had a path in math careers. In 2014, she received a Lifetime Achievement Award from the Iowa Council of Teachers of Mathematics. Indeed, she lived a lifetime of supporting students and teachers.

Beyond math, she enjoyed learning. Her love of reading continued throughout her life. She took up the piano as a retirement project. At recitals, she was usually the oldest student, surrounded by young kids.

Tonya was a superb mom and grandma. She supported her sons in whatever endeavor they were pursuing. When her boys were young adults she rallied for: Kevin’s football dreams; Scott in the Peace Corps; Steven’s art. Of course, being a mom of 3 had its challenges too. One time in the car, the boys were whining about something. Tonya said “Not one more peep out of you” followed by the boys all going “peep….peep…peep.” Tonya was enraged. Over time, this story became a family joke – culminating with Tonya giving each boy Isabelle Bloom chick figurines for Christmas. As her boys became parents, she poured her energy into her grandchildren. She and Don hosted “Cousin Camp” every summer – when the grandkids would spend a week or two with them. Cousin Camp was full of activities and adventures. If her sons or grandchildren wanted to do something – Tonya was always willing to try, even if it may not be her cup of tea.

Tonya loved soap operas. In the early days of AOL, she had a group of others who followed All My Children. This virtual group, called the “Peepers”, became friends IRL (in real life) before anyone used the acronym IRL. Beyond soap operas – Tonya enjoyed watching TV or even just having it on in the background.

Tonya was active in the community. In her mid-twenties, she was involved in community theatre. She was active in politics and supported candidates who worked to create spaces for women decision-makers. Being in Iowa, she met many Presidential Candidates over the years. Tonya, along with Don and the boys, helped organize the Bix-7 Run. Their basement was packet-stuffing central. Tonya volunteered at College for Kids, where she made math fun for middle-school students. She served on the local Habitat for Humanity Board for several years. She was certainly busy. Don encouraged her to “take it easy.” She usually didn’t.

Tonya worked on family genealogy books, carrying on the legacy started by her cousin Norma Maratea. If you want to know about the Dessert, O’Connor or Meier families – Tonya and her sisters Maureen and Suzanne already did the work for you. Tonya (somewhat reluctantly) scrapbooked. She created several scrapbooks for each of her sons that chronicled their lives on Pleasant Drive and beyond. There is a scrapbook for each year of Cousin Camp – personalized for each grandkid.

Though she did not consider herself very holy – Tonya was an active member of Our Lady of Lourdes Catholic Church. She was a lector for many years, reading scripture during Mass. She supported the charitable causes of the church. She supported people on their faith journey. She was an active member of the women’s group “Disciples in Mission.” The “Dimwits” as they have come to be known, are a powerhouse of faith AND fun in action. They credit Tonya with keeping them together. Tonya always credited them for being pillars of support.

Tonya enjoyed travel. The furthest journey was in 1992 when she and Don visited Scott when he served in Peace Corps in Malawi, Africa. Travel became more frequent in the retirement years. Don and Tonya traveled to see their grandchildren’s performances, games and graduations. They visited over 40 National Parks. They went to Greece to visit their daughter-in-law, Nadia’s, family. They went to Puerto Rico and Hawaii with Tonya’s siblings and Italy with good friends. Tonya had an epic St. John vacation with the Dimwits. Tonya made a scrapbook for each trip.

Of all of her many interests and activities, Tonya liked being with people most. She loved hearing family playing cards and enjoyed friends in card club, even though she really didn’t like to play cards. She coordinated many Cousin Lunches when Dessert family in the Quad City area would get together. She joined Pleasant Drive neighbors at Hy-Vee for a weekly dinner. She loved spending time with people. She led with kindness and acceptance. If it was only one time, a few times, many times or most of the time- those who knew Tonya are lucky to have spent time with her.

To order memorial trees or send flowers to the family in memory of Tonya Urbatsch, please visit our flower store.