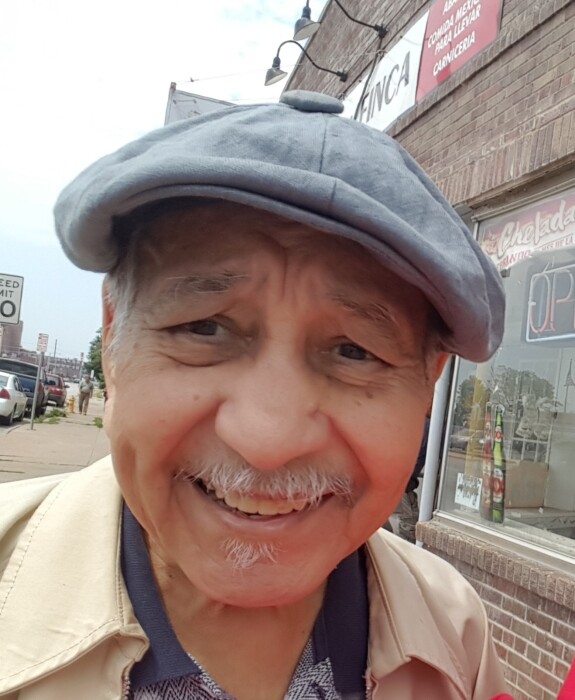 Funeral Services for Tomas P. Rodriguez, 84, of Davenport, will be held Tuesday, June 9, 2020 at Halligan-McCabe-DeVries Funeral Home, Davenport. Visitation will be from 10am until services begin at 12pm. Burial will be at Mt. Calvary Cemetery, Davenport.

Tomas passed away Thursday, June 4, 2020 at Manor Care Health Systems, Davenport, surrounded by his family. Tomas was born September 21, 1935 in Weslaco, Texas, son of Arturo and Juanita (Pena) Rodriguez. He married Anita Ortiz in 1957 in Brownsville, Texas. She preceded him in death August 9, 1985.

Tomas was a laborer for Farmall, retiring in 1986. He loved the lord and attended Mass at St. Anthony’s Catholic Church. He was a long-time member of Sacred Heart Cathedral.

Tomas enjoyed spending time among friends within his social club, dining with family, visiting the casino boat, singing, and dancing. He loved Mexican food that reminded him of his mother’s cooking. Tomas will be remembered by his jokes (that sometimes cracked himself up more than his audience) and will be remembered for his one-line wisdoms like, “Life is for living - not as a problem to solve!”

To order memorial trees or send flowers to the family in memory of Tomas Rodriguez, please visit our flower store.