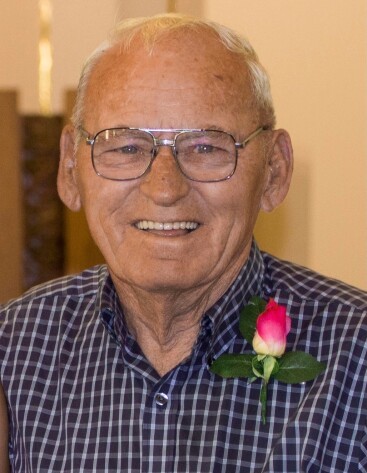 Funeral Services and a Mass of Christian Burial for Timothy “Tim” C. Wallace, 77, a resident of Davenport, Iowa, will be 10:30 a.m. Friday, May 21st, 2021 at St. Anthony’s Catholic Church, Davenport.  Burial will be in Fairmount Cemetery, Davenport.  The family will greet friends prior to mass, from 9:30 a.m. – 10:30 a.m. in the church gathering space. Pandemic protocols must be maintained. Memorials may be made to his family. Halligan-McCabe-DeVries Funeral Home, Davenport assisted with arrangements. Tim passed away peacefully in Jesus’ arms Saturday, May 15th, 2021 at his home.

Timothy Charles Wallace, son of William A. and Marion B. (Driscoll) Wallace of Bankston, Iowa, was born October 8th, 1943, in a midwife’s house in Farley, Iowa.  He began his education in a one-room country schoolhouse (Bankston Independent School, Iowa Township) and continued learning in Dubuque schools.  He met the love of his life, Maureen Edwards, at The Point roller rink in Dubuque. Tim (Dad), was a bowl in a china shop in shoes but was somehow amazingly graceful and talented in skates on the rink.  Maureen (Mom) must have been impressed because he often teased that she and her friends waited for him to drive by in his red Chevy convertible.  They united forever in marriage on November 14th, 1964 at Church of the Nativity in Dubuque.  They moved to Davenport in 1968 where they raised their family.

Dad worked construction all his life and was owner operator of the former, W&W Poured Foundations. He could do just about anything (build houses, fix cars, most certainly break tractors) but he took special pride in his concrete work.  If a customer could not pay in cash, trade would always work.  He was notorious for finding old “boats” in pristine condition with few miles on them that would become our first cars. During the winters when construction was slow, he plowed snow through the nights to pay for our Catholic education.  He gave to us everything he could - physically and monetarily (he was notorious for giving away his last dime to someone in need) but the most priceless of God’s gifts that Dad shared was LOVE.

Dad loved his family and he especially enjoyed little kids. Dad gave us lots of laughs.  He relished in teasing toddler girls, using his famous (now politically incorrect) ice breaker, “Boy, you’re a cute little boy…” and inevitably, they would haul off and whack him, yet within minutes were his best friend.  He was a constant worrywart - warning us to drive slow because the “cops are hot” and to “watch out for the deer” but was the first person to sit on the deck to watch a good thunderstorm.  We were not allowed to burn candles in the home but he was a firebug himself, singeing his face more than once including two self-induced “facelifts”  in the 1990s, burning Lord-only-knows-what outside in the yard.  He even had a fire department training burn one time at his property.  He was proud of his Irish heritage, loved Irish music and had a sweet and tender singing voice that will be missed.

He was preceded in death by his parents; a grandson, Drason Pace; two sisters, Margaret “Peggy” Wallace and Shirley Fields, and a brother, William F. “Billy” Wallace.  We know they greeted him with big hugs in Heaven.

We love you always and will meet you again in Eternity.  Wait up for us Dad and leave a light on.

To order memorial trees or send flowers to the family in memory of Timothy "Tim" Wallace, please visit our flower store.