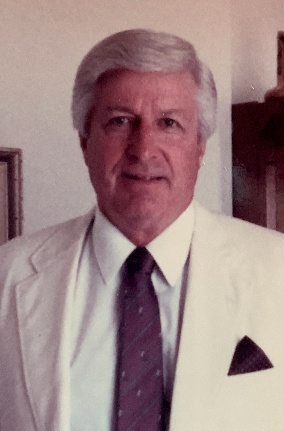 Thomas J. Fennelly, 89, of Davenport, passed away Monday, September 14, 2020 at his home surrounded by his family.

A memorial service to celebrate his life will be 6:30 p.m. Friday, September 18, 2020 at the Halligan-McCabe-DeVries Funeral Home, Davenport.  Services will be livestreamed by visiting Tom’s obituary at www.hmdfuneralhome.com and clicking the link on the bottom. Visitation will be held from 4p.m. until the time of the service Friday evening at the funeral home.  Please wear a facemask and practice social distancing if you plan on attending. Burial will take place at a later date in Mt. Calvary Cemetery, Davenport.  In lieu of flowers, memorials may be made to the family to establish a memorial at a later date.

Thomas Joseph Fennelly was born on April 15, 1931 in Chicago, Illinois, one of fifteen children of John Patrick and Della (Hughes) Fennelly.  He was united in marriage to Esther M. Ortiz on July 22, 1951 at St. Paul the Apostle Catholic Church, Davenport.  They have shared over 69 years of marriage and memories together.

Tom worked as a milkman for Iowana for over 25 years and retired from Downing Dairy.  He also partnered with his wife and assisted her in their wallpaper business, Esther On A Roll.

Tom cherished his family and his Irish Heritage.  He enjoyed participating in the annual St. Patrick’s Day Parade with the Fennelly clan. Tom also enjoyed golfing, fishing, and he and Esther enjoyed travelling especially wintering in Texas for 17 years.

To order memorial trees or send flowers to the family in memory of Thomas Fennelly, please visit our flower store.