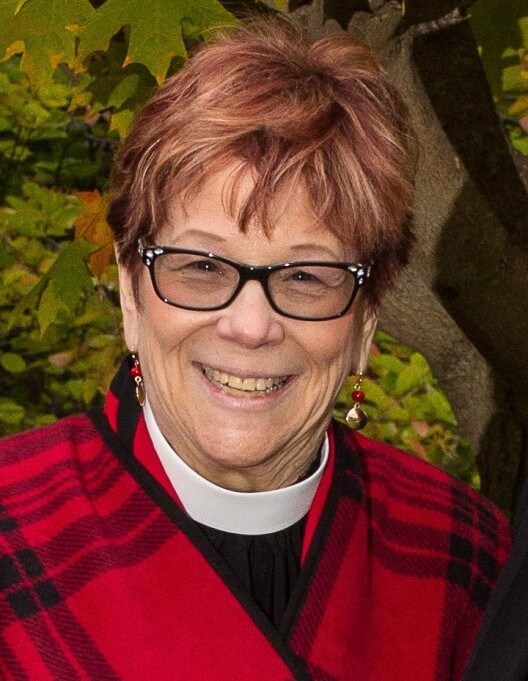 Funeral services celebrating the life of The Reverend Judith C. Dalmasso will be held at 10:00 a.m. Saturday, February 12, 2022 at Beulah Presbyterian Church, 9221-148th Ave., Orion, Illinois.  Visitation will be 4:00 p.m. – 7:00 p.m. Friday, February 11th at Halligan McCabe DeVries Funeral Home in Davenport. An additional visitation will be held 9:00 a.m. – 10:00 a.m. Saturday at church. As we know many people will want to join the family in celebrating Judith’s life, the family requests that for everyone’s safety and health that masks are worn. In lieu of flowers the family requests a donation to RICM or St.Alban’s Episcopal Church.

Judith C. Dalmasso passed away on February 3, 2022 after bravely battling Glioblastoma for the last 14 months.   Her beloved husband, Gary, and 4 children were at her side as she took her last breath.  During this last year her children and grandchildren rallied to her side, savoring every moment with her and finding joy in the ordinary, such as a favorite restaurant, laughing at a funny movie or attending a grandchild’s soccer game.   And mostly just being thankful for the miracles witnessed along the way.  Judith built a legacy of love that will last for generations to come.  And while our strong faith tells us that she is in a better place, our hearts are full of sorrow as she is simply just gone too soon.  After all, Judith was only 75 years young!

Born on February 15, 1946, Judith was raised by loving parents and she had wonderful memories of their farm in Coal Valley.  In 1968 Judith married Gary Dalmasso and they have been best friends for the last 53 years.  In 1985, together they co-founded Renewal In Christ Ministries (RICM) and subsequently traveled the world, spreading the Word of God.  Judith also graduated from Augustana College with a degree in accounting. But her true calling manifested when she attended Nashotah House Seminary and was ordained an Episcopal priest in 2008.

For the last 14 years Judith served the congregations at Trinity Episcopal Cathedral and most recently St. Albans Episcopal Church, both in Davenport, IA. She loved being a priest and bringing people closer to the Lord. And even during her cancer battle she continued to inspire others through her beautiful writings and sermons and was only forced to give it up in the last few months as her strength deteriorated.  We give Glory to God for Judith’s life and for all the lives she touched.

Judith is preceded in death by her parents, Connie and Marion Wilson, her brother William (Bill) Wilson and her granddaughter Abigail Davila.  Survivors include her husband, The Reverend Gary Dalmasso, 4 children, Sean Dalmasso (Heather), Teresa Pepping (Michael), Taryn Dalmasso (Michael Reyes) and Giovanna Davila (Daniel), 12 grandchildren, 3 great grandchildren, her sister Dorothy Ann Gift and her brother-in-law and his wife, Terry and Mary Dalmasso.  She is also survived by three close family friends that she loved like they were her own children, Olin W. Morrow, GertPaul van der Vlies and Annelies Vonk Noordegraaf.

To order memorial trees or send flowers to the family in memory of The Rev. Judith Dalmasso, please visit our flower store.