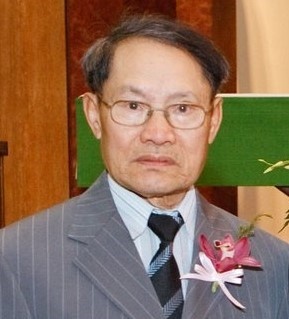 Thac Dinh Dang, 79, of Davenport passed away at home on Wednesday, Jun 30, 2021. Thac was born on Jun 11, 1942 in Nam Dinh, North Vietnam. In 1954, at the age of 12, he and his siblings left the communist North Vietnam and migrated to South Vietnam (Republic of Vietnam) as part of the Operation Passage to Freedom organized by the United States Navy. He attended schools and later joined the Republic of Vietnam Army. In 1966 he was united in marriage to Anh Truong. In 1972 he was honorably discharged from the Army due to his injury.

When the war ended in April 1975, Thac was sent to re-education camp and spent 8 years there before he escaped the camp to seek his freedom. In 1990 he and his family escaped Vietnam as boat people and arrived in Pulau Bidong, Malaysia. After 3 years in the Refugee Camp, his family was allowed to settle in the United States in Oct 1992.

The whole family at first worked at Tyson Foods in Joslin, IL. In 1995 he opened Hoang-Anh Foods, an oriental grocery store, in East Moline while still working full time at Tyson. He retired from Tyson in 2009 but continued to help his children at the store.

Funeral services and Mass of Christian Burial will be held at 11am on Friday, July 9, 2021 at Sacred Heart Cathedral, 422 E. 10th St, Davenport, IA.  The rite of cremation will follow the Mass.  Visitation will be held from 4-7pm Thursday, July 8, 2021 at the Halligan-McCabe-DeVries Funeral Home, 614 Main St, Davenport.

To order memorial trees or send flowers to the family in memory of Thac Dang, please visit our flower store.