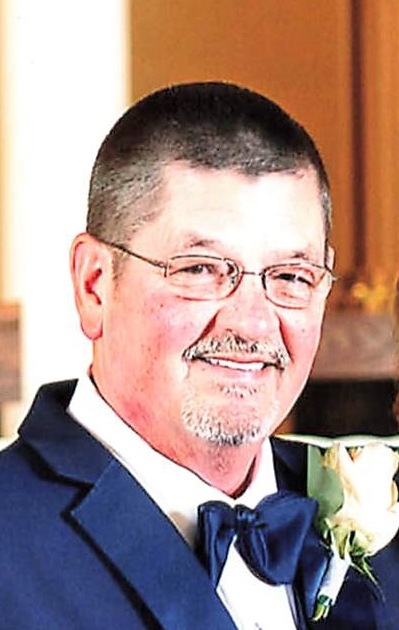 A Memorial Service to celebrate the life of Tedd D. Thomas, 65, of LeClaire, will be 3 p.m. Sunday, October 3, 2021 at the Halligan-McCabe-DeVries Funeral Home, Davenport. The service will be livestreamed by clicking the link at the bottom of this page.  It will appear minutes before the service.  The family will greet friends Sunday from 1 p.m. until the time of the service at the funeral home.  Please wear Iowa Hawkeye gear or colors. Burial will be in private in Davenport Memorial Park. Memorials may be made to the family to establish a memorial at a later date.

Tedd David Thomas was born on February 17, 1956 in Davenport, a son of Charles and Janis (Morey) Thomas.  He was united in marriage to Diane Finkenhoefer on September 3, 1983 in her parents’ backyard in Davenport.

Tedd worked for Klaus Radio selling appliances before driving a forklift for R.R. Donnelly, Eldridge until they closed and then retired from Claussen’s in Clinton in February of 2021.

Tedd loved to fish, vacationing in Shell Knob, Missouri he would fish all day or ride his electric bike down to the Mississippi River to do the same.  He was an avid fan of the Iowa Hawkeyes and enjoyed hanging with friends in Argo.

He was preceded in death by his parents and a brother, Dann.

To order memorial trees or send flowers to the family in memory of Tedd Thomas, please visit our flower store.