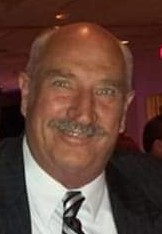 Steven LaVerne Weggen, 68, a resident of Davenport died Tuesday, March 8, 2022 at his home.

Private family services will be held at Pine Hill Cemetery. Memorials may be made to the family. Halligan McCabe DeVries Funeral Home is assisting the family with arrangements.

Steve was a maintenance crane operator for Alcoa, retiring in 1997. He enjoyed fishing, hunting, bowling and spending time with his family. Steve never knew a stranger.

Those left to honor his memory include his children, Shannon (Brian) Oechsner of Walcott, Jinnie (Michael) Riley, Jeremy (Mindy) Weggen, and Travis (Tara) Weggen, all of Davenport; 14 grandchildren and seven great-grandchildren.

In addition to his wife, Steve was preceded in death by his parents; and grandson, Brandon Ballard.

To order memorial trees or send flowers to the family in memory of Steven Weggen, please visit our flower store.