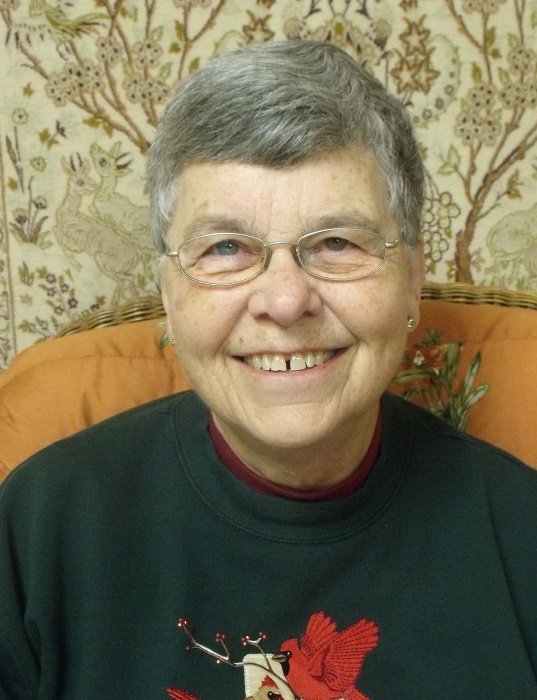 Marilyn Schierbrock was born April 27, 1939, in Council Bluffs, IA, to Leo Joseph and Regina Veronica (Lafferty) Schierbrock.  She entered the Congregation of the Humility of Mary (CHM) in 1957 and professed vows in 1960.

Sister received a bachelor’s degree in elementary education from Marycrest College and a master’s in religious education from Loyola University in Chicago.

S. Marilyn served in education for over thirty years in Iowa, first as an elementary school teacher from 1961-1970 at St. Anthony in Des Moines, St. Mary in Marshalltown, and Sacred Heart in West Des Moines.  She then spent three years as the Religious Education Coordinator at Sacred Heart before serving as both a teacher and the Director of Religious Education at Lourdes Memorial School in Bettendorf from 1973-1982.  For the next decade, she served as the Director of Religious Education for the Vicariate and Regina Education Center in Iowa City.  From 1993 to 2001, she served at St. Alphonsus Parish in Mount Pleasant, IA, as a Pastoral Associate and then Pastoral Minister.

In 1996, Sister was elected to the CHM Cabinet of Advisors and served for eight years in the leadership of the CHM community.

Finally, she came to Davenport in 2001 as the Neighborhood Advocacy Coordinator for the John Lewis Café and John Lewis Community Services. She was well known in the neighborhood as an advocate, promoter of the community garden and creator of a rose garden to beautify the area.  After retiring, she was an active member of a prayer and witness ministry at Bishop Drumm Care Center.

S. Marilyn is preceded in death by her parents and her brother, Gerald.  She is survived by her brother Leo Joseph and her sisters Joanne Kenealy, Jane (Bill) Burchard, Eileen (Gary) Matthews and Kathleen (Carl Rhylander) Wright, many nieces and nephews and members of her CHM community.

To order memorial trees or send flowers to the family in memory of Sr. Marilyn Schierbrock, please visit our flower store.