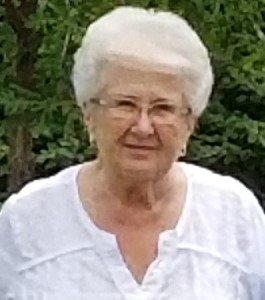 Private family services will be held. Shirley will be laid to rest at Stanwood Cemetery in Stanwood, Iowa. In lieu of flowers, memorials may be made to the American Cancer Society. Halligan McCabe DeVries Funeral Home in Davenport is assisting the family with arrangements.

Shirley was an accountant for McKay Music, retiring after 35 years of service. She enjoyed gambling, yardwork, and spending time with her grandchildren.

In addition to her husband, she was preceded in death by her parents; siblings, Helen Ross, Wayne Syring, LaVern Syring, and Dorothy Grage; and a daughter-in-law, Debra Woolison.

To order memorial trees or send flowers to the family in memory of Shirley Woolison, please visit our flower store.