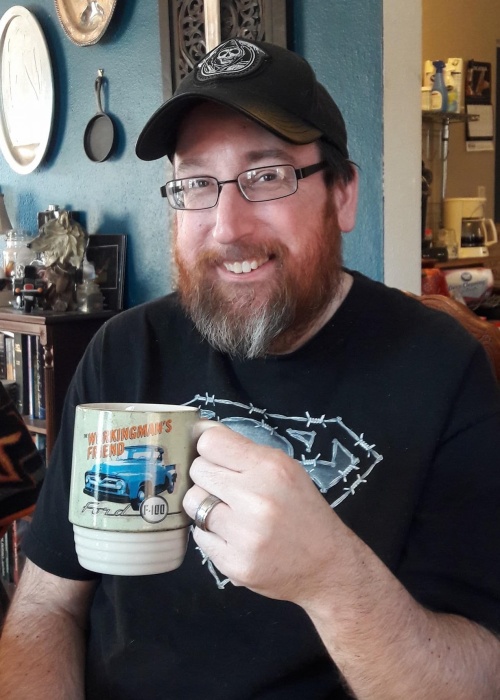 Scott Lohse, 46, of Davenport, died Thursday, August 20, 2020 at his home following a courageous battle with cancer.  Keeping with his wishes, cremation rites have taken place and there will be a celebration of his life at a later date.  Halligan McCabe DeVries Funeral Home is assisting the family with arrangements.

Scott Ray Lohse was born on November 28, 1973 in Davenport, the son of Kristeen Lohse.  He graduated from North Scott High School.  Scott was united in marriage to Stacy Johnson on September 20, 2013 in Davenport.  Scott worked as a stocker at Wal-Mart, Elmore Avenue for the past 22 years.

Scott was a big kid at heart, although he seemed quiet at times, he would do anything to help those that were in need.  He loved his video games and was a great Star Wars, Harley Davidson, and Mustang enthusiast. Scott also enjoyed his dogs Chewy & Bella and Sampson the cat

To order memorial trees or send flowers to the family in memory of Scott Lohse, please visit our flower store.