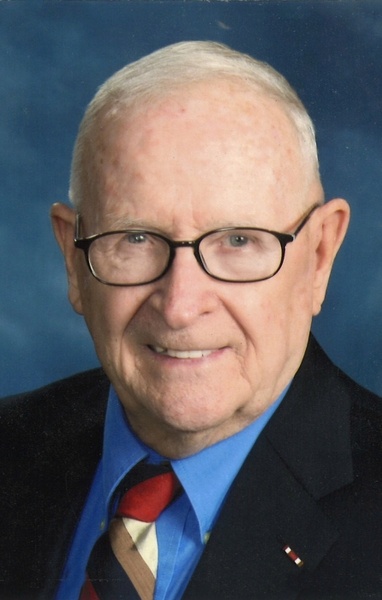 Funeral services to celebrate of the life of Rodney C. Mooney, 87, of Bettendorf, will be 10:30AM Thursday, October 21, 2021 at the Halligan-McCabe-DeVries Funeral Home, Davenport. Burial will take place with military honors at the Rock Island National Cemetery-Arsenal Island. Visitation will be Wednesday from 4 until 7PM at the funeral home. There will be additional visitation Thursday from 930AM until the time of the service. Memorials may be made to the Ronald McDonald House, Iowa City or yearly donation to Toys for Tots.

Rod was a shift supervisor in the Flat Finishing Thermal CPD at Alcoa. He retired in 1993 after over 30 years of service.

Rod enjoyed writing short stories compiling them as “Tales from the Moon.”

In addition to his wife, Rod was preceded in death by his parents, a brother, James Mooney, Jr who was killed in action in Korea on September 14, 1951, and infant siblings Russell and Marie.

To order memorial trees or send flowers to the family in memory of Rodney Mooney, please visit our flower store.