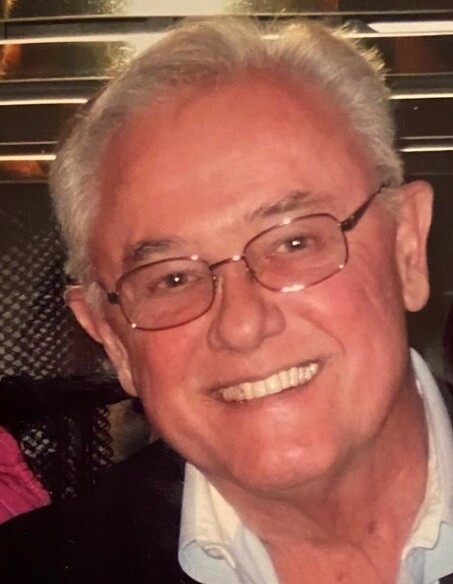 Robert V. “Bob” McQueen, 79, a resident of Bettendorf, died peacefully at his home with his angel by his side on Saturday, September 25, 2021.

A Memorial Mass celebrating his life will be held at 10:30 a.m. Friday, October 1, 2021 at St. John Vianney Catholic Church in Bettendorf. Burial will be at Rock Island National Cemetery. A prayer service will be held at 3:30 p.m. with visitation following from 4:00 p.m. – 6:00 p.m. Thursday, September 30th at Halligan McCabe DeVries Funeral Home in Davenport. An additional visitation will be held one hour prior to Mass on Friday. Memorials may be made to the Parkinson’s Foundation, Holden Comprehensive Cancer Center, or St. John Vianney Catholic Church.

Bob was born July 13, 1942 in Davenport, the son of Wilbur Van and Viola Mae (Flack) McQueen. He married Patricia Rhode, January 23, 1965 at Sacred Heart Catholic Church in Ft. Madison, Iowa. Bob served his country in the United States Navy from 1965-1967, stationed aboard the USS Galveston and USS Long Beach as a cryptologic technician during the Vietnam War. He served in the Naval Reserves for 22 years following his active duty.

Bob was chief property accountant for Alcoa, retiring in 2005 after 42 years of service. He continued as a consultant with Alcoa from 2006-2011 where he spent time traveling to Russia and Beloit, WI. Bob stood behind his belief in community by the dedication of his many years of service including: The Director of Spirit Incorporated from 1970-1979; Marriage Encounter from 1979-1986; Davenport Quarterback Club; Past President of the Quad Cities I-Club; Alcoa Retiree Club; Alcoa Employee Credit Union for 21 years where he was chairman for 15; United Way Allocations Committee; Deerbrook association president for 15 years and Red Cross board of directors.

Bob was dedicated to Family, God, his country and community. In his younger years he loved exploring the country on camping trips with his family and friends which evolved into his interest in traveling the world. He was passionate about everything involving Iowa Hawkeye sports, golf, good drink, food and wine.  He celebrated life and was always ready for a party to start but not end. He loved his friends and family, especially his grandchildren, attending their many activities. When he wasn't coaching, he was attending and he made sure his presence was known! Bob believed "it's not over til' it's over" and he lived his life with that motto in mind until the very end with the help and dedication of his "angel" and wife of 56 years, Pat McQueen. Pat's dedication to Bob's care and comfort for 3 1/2 years allowed him to live his final years with us in peace at the home he was so proud of. Bob was also a 21-year survivor of pancreatic cancer.

He was preceded in death by his parents; and an infant son, Brian Louis McQueen.

To order memorial trees or send flowers to the family in memory of Robert McQueen, please visit our flower store.