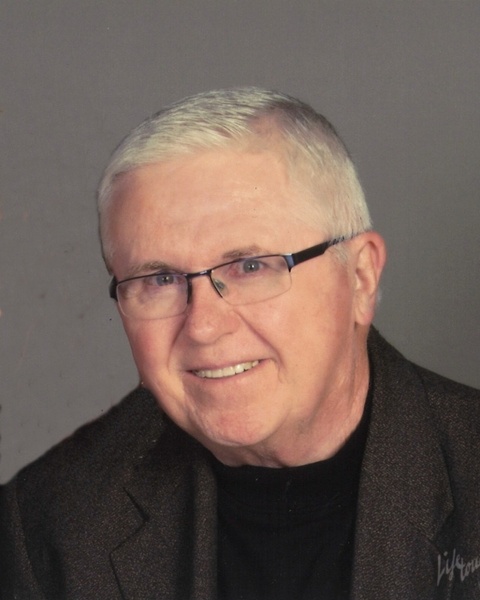 A Memorial Mass for Robert J. “Bob” Hughes, 74, a resident of Davenport, will be at 10:30 a.m. Saturday, October 2, 2021, at St. Paul the Apostle Catholic Church, Davenport. The Mass will be livestreamed by visiting https://www.facebook.com/stpauldisciples Private family burial will take place in St. Ann’s Cemetery, Long Grove at a later date. The family will greet friends Friday from 4-7 p.m. at Halligan-McCabe-DeVries Funeral Home, downtown Davenport with a prayer service offered at 6:30 p.m. There will be an additional visitation at church Saturday from 9:30 a.m. until the time of the service. Memorials may be made to the family to be distributed among Bob’s favorite charities.


Bob passed away Friday, September 24, 2021 at home surrounded by his adoring family after a brief but courageous battle with cancer.


Robert John Hughes was born March 31, 1947, in Monticello, Iowa, a son of John and Rita (Duffy) Hughes.  Bob was united in marriage to Madonna Marie “Donna” Coyle on August 5, 1967 at St. Martin’s Catholic Church, Cascade, Iowa while attending Loras College. They have celebrated 54 years of marriage and memories together.


Bob taught at Resurrection Catholic School prior to his career with John Deere in Dubuque before moving to Davenport Works in 1976. During Bob’s career at Deere, he moved to human resources during which time he earned his Master’s Degree in Industrial Relations from the University of Iowa. He retired from Deere as a manager of the Leadership Development team within Global Talent Management. He thrived at coaching his colleagues and helping people unlock their potential. Bob also relished his time as an adjunct professor at the University of Iowa and at St. Ambrose University.


Bob was a man of great faith and championed the CEW movement in the Davenport area after experiencing the power of it in Dubuque.  He was a voracious reader which fueled his passion for learning.  Bob and Donna loved to travel, and his career took him all over the globe. Bob had a knack for discovering new food and community whether at home, in small town Iowa, or across the globe in Pune, India.  He also enjoyed playing golf and cards with his friends and family. He delighted in spending time with his family and grandchildren, and supporting their endeavors. Bob was a man of stories, those he told and the many his family and friends have about him, which will be a source of comfort as we grieve his passing.  He was keenly aware of the abundance and beauty of his life and expressed his gratitude for it through his final days.  He will be missed by all who knew and loved him.


He was preceded in death by his parents and siblings: Jean (Joe) Dunne, David Hughes, and Pat Hughes and his father-in-law and mother-in-law, Wilmer and Florence Coyle.

To order memorial trees or send flowers to the family in memory of Robert Hughes, please visit our flower store.