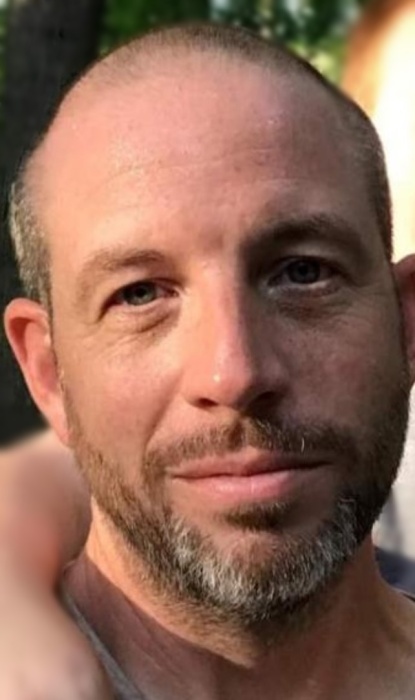 Rob Ewoldt, 41, of Davenport, died Tuesday, February 1, 2022 in Davenport.  Funeral services and Mass of Christian Burial will be 10:30 a.m. Friday, February 11, 2022 at Our Lady of Victory Catholic Church, Davenport. Private family burial will be in Oakdale Memorial Gardens at a later date.  Visitation will be Thursday from 4 until 6 p.m. at the Halligan-McCabe-DeVries Funeral Home with a prayer service offered at 6 p.m.  In lieu of flowers, memorials may be made to the family to establish a memorial at a later date.

Robert John Ewoldt was born February 14, 1980 in Davenport, a son of Richard John and Katherine Ann (McIntyre) Ewoldt.  He married Jessica J. Van Fossen on January 2, 2015 in Davenport. Rob was a utility locator in the Quad City area.

Rob adored his family, his pride and joy were his three children.  Rob loved learning anything new, the outdoors, enjoyed history and had an endless amount of random facts which always made anytime with him a learning experience.  Rob’s happiest and most fun times were sharing all of his knowledge while exploring Wild Cat Den with his children.

He was preceded in death by Tara (Meyer) Ewoldt, father, Richard John Ewoldt and a sister-in-law and brother-in-law, Julie and John Cawley.

To order memorial trees or send flowers to the family in memory of Rob Ewoldt, please visit our flower store.