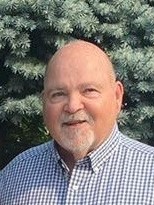 Rick was born on July 5, 1950 in Spring Valley, IL. He was united in marriage to his beloved wife, Kathleen “Kathy” Moss, for 50 years.

Rick worked as a CNC machinist at Caterpillar for 10 years before moving his family to Davenport to work for the Arsenal. Rick then took a sales position with Komet of America Incorporated where he retired after 30 years.

Rick loved time with his family and spoiling his “grand dogs”. He especially treasured time spent hunting and fishing with his sons and his fishing buddy Brent. He will always be remembered for his knack of casting his line where ever someone else got a hit and his role as “equipment manager”. Rick was also a very skilled carpenter and took pride in building custom items for his family and working on special projects for his daughter Jaime.

Those blessed to know him will always remember his loving smile watching his grandkids playing sports, his mischievous grin when slipping a treat to himself or the dogs, and the sparkle in his eye when he spoke about his family.

He was preceded in death by his cherished son Craig, sister Sheryl Troyan and parents Eldon and Ella Mae Moss.

To order memorial trees or send flowers to the family in memory of Rick Moss, please visit our flower store.