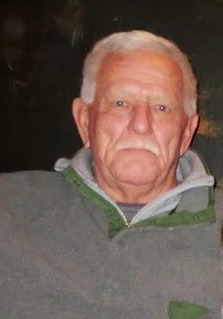 Richard A. “Dick” Carstensen, 73, of Davenport, died Saturday, March 12, 2022 following a courageous battle with cancer.  Keeping with his wishes, cremation rites have taken place.  A time to greet friends will be held from 4 until 5 p.m. Friday, March 25, 2022 at the Halligan-McCabe-DeVries Funeral Home with the Rosary prayed at the conclusion. In lieu of flowers, donations can be made to Duck’s Unlimited or Nahant Marsh.

Richard Allen Carstensen was born on September 27, 1948 in Davenport, a son of Joseph Edward and Kathleen Elizabeth (Janney) Carstensen.  He attended Davenport Assumption High School and graduated from Davenport Central in 1966.  Dick was united in marriage to Linda Sherwood in 1971 and later to Elizabeth Brooke.

Dick worked in highway construction for many years locally for Treiber Construction, Foley Construction and McCarthy-Bush Corporation.  He truly enjoyed his work. Dick was a member of Laborers Local #309.

Dick was very gregarious, although he lived life on his own terms, he was able to befriend everyone.  He enjoyed his daily trips to Dittmer’s to socialize and catch up on the daily going-ons.  Dick truly enjoyed his property when he lived on Wisconsin Avenue and tending to the land especially the bees and prairie. While healthy, Dick enjoyed time with his grandkids, supporting them as able.

He was preceded in death by his parents, stepfather, Harley Duffield, and brother, Edward Carstensen.  May they rest in peace.

To order memorial trees or send flowers to the family in memory of Richard Carstensen, please visit our flower store.