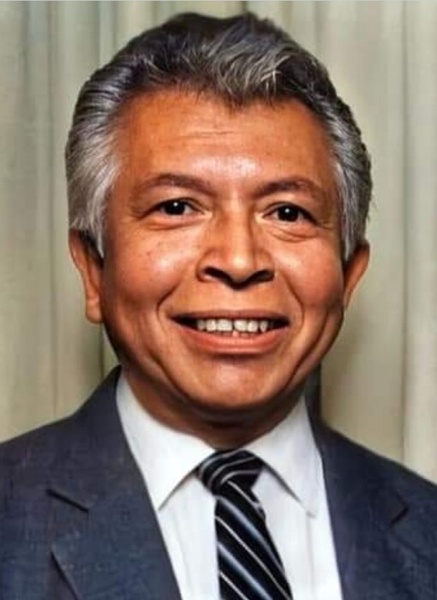 Funeral services and Mass of Christian Burial for Raymond J. Rangel, 86, of Davenport, will be held at 10am on Thursday, February 17, 2022, at St. Anthony’s Catholic Church, Davenport.  Burial will follow at National Cemetery, Rock Island Arsenal.  The family will receive friends from 4-7pm on Wednesday, at the Halligan-McCabe-DeVries Funeral Home, Davenport.  There will be a prayer service offered at 4pm to start visitation.  Memorials may be made to the family.

Raymond Joseph Rangel was born August 30, 1935, in Silvis, IL, a son of Santos and Jesse (nee Hernandez) Rangel.  He was united in marriage to Dorothy Sandoval.

He was a veteran of the Air Force.

Prior to his retirement, he had worked as a metallurgic engineer for ALCOA.

He was a member of the LULAC Council #10 and had served as President and Vice-President.

He enjoyed traveling, hanging out with his brother Jerry, and spending time with his children.

He was preceded in death by his wife Dorothy, son Joseph Ybarra, brothers James and Timothy, and grandchildren Antonio Ortiz Jr, Jaime Molina, and Brittany Inman. May they rest in peace.

To order memorial trees or send flowers to the family in memory of Raymond Rangel, please visit our flower store.