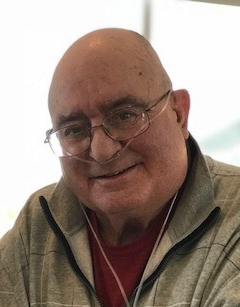 A private family service and burial will be held at a later date.  Halligan McCabe DeVries Funeral Home in Davenport is assisting the family with the arrangements.  Memorials may be made to a charity of your choice.

Ray was a 1966 graduate of West High School.  He was an army Veteran with service in Vietnam.  He was a 1972 graduate of the University of Iowa.  Ray was employed at Tubesales, Inc., as a district manager in Bettendorf for 20 years. Ray then worked at Zimmerman Honda Car Dealership for 17 years retiring in 2009.

Those left to honor his memory include his wife, Sue, his son Jared Coffin and his wife Carol of Denver, CO.  Ray is also survived by his stepchildren Jean Moran and her husband Matt of Davenport and their children Madeleine and Finny; JJ Ebeling and his wife Kelli of Indian Trail, NC and their children Mason, Joseph and Mallory;   his grandson, Xavier Kirk of Davenport and his special and lifelong friend, Steve Hamilton.  He was preceded in death by his parents, his brother Jay Coffin, his in laws Warren and Jean (Schricker) Vasen and his stepdaughter Jeannette Ebeling, Xavier’s mother.  May they rest in peace.

To order memorial trees or send flowers to the family in memory of Ray Coffin, please visit our flower store.