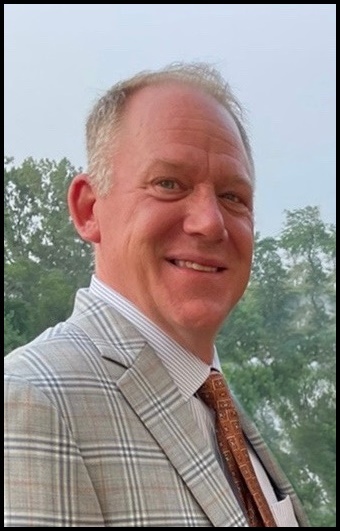 Funeral services and Mass of Christian Burial for Peter Mitchell Herrig, 55, of Bettendorf, Iowa, will be 10:30 a.m. Monday, January 17, 2022 at Our Lady of Victory Catholic Church, Davenport. Private family burial will take place in the Rock Island National Cemetery, Arsenal Island.  Visitation will be Sunday from 1 until 4 p.m. at Halligan-McCabe-DeVries Funeral Home, Davenport. There will be additional visitation Monday at church from 9:30 a.m. until the time of the service. Memorials may be made to Clarissa C. Cook Hospice House, Bettendorf, Our Lady of Victory Catholic Church, or St. Paul the Apostle Catholic Church.

Peter passed away unexpectedly of natural causes on January 12, 2022, at his home in Bettendorf, Iowa.

Peter Herrig was born on August 7, 1966 in Davenport, Iowa.  He was the son of Paul “Dutch” and Arlene Herrig. He grew up in Davenport, Iowa and attended Davenport West High School.  He served in the U.S. Navy as an Electrician on the USS Cook from 1985-1989. Peter received the Navy Marine Corp Expeditionary Medal for service around the globe.  He graduated from Teikyo Marycrest University in 1995 with a degree in Business Management.  After graduating from College, he worked for the United States Postal Service for 35 years as an Electronic Technician where he served as a union representative and enjoyed the camaraderie and good-natured banter with his co-workers.  He was also an active member of the American Legion Post #26 in Rock Island, Illinois.

Peter’s hobbies include hunting, fishing, and skeet shooting.  He enjoyed spending time with his wife Lisa, and two daughters, Kate and Lauren who were his greatest treasures in life. He was always willing to lend a helping hand to anyone in need, especially handiwork in the neighborhood. He will be fondly remembered by his old neighborhood friends as “Pete and his Bucket Buddy.” He definitely lived a life as a servant---it was just who Pete was. And, at times, he did struggle to find his wallet, lovingly referred to as “alligator arms.”  He was such a kind and gentle soul who was loved by anyone who had the pleasure of coming into contact with him.  He was always there for a good joke or story.

He will always be remembered as a doting husband and devoted girl dad. He never missed one of his daughters’ sporting events. His family always enjoyed Pete’s dry sense of humor with some of our favorite phrases being: “You might know;” “You got a minute?” “You work out much?” “Hey Ole Pete.”  He treasured and maintained his life-long friendships with his high school classmates. Even though they didn’t see each other often, they always picked up right where they left off and created so many priceless memories throughout the years. It was said by an old friend, “there was not one person who had ever met Pete, who didn’t walk away a better person.”

He was preceded in death by his father, Paul, his father-in-law, Bob Segura, his brother Adam Herrig, and his sister-in-law, Joan Herrig.  May they all rest in peace.

To order memorial trees or send flowers to the family in memory of Peter Herrig, please visit our flower store.