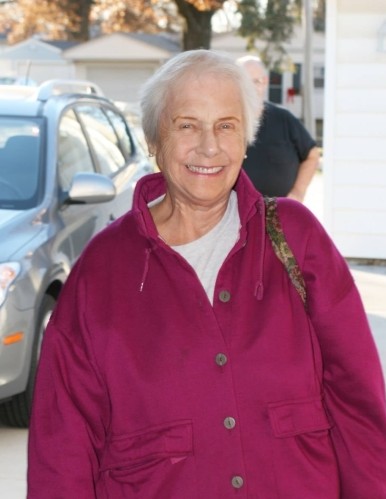 Memorial Services to celebrate the life of Pauline A. France, 81, a resident of Davenport, will be 10:00am Saturday, June 26, 2021, at St. Alban’s Episcopal Church, Davenport.  Per her wishes, the rite of cremation was accorded, and inurnment will be in the St. Alban’s Prayer Garden.  Memorials may be made to St. Alban’s Episcopal Church, Davenport.  Halligan-McCabe-DeVries Funeral Home is assisting the family.  Pauline passed away Saturday, June 12, 2021, at Genesis East Medical Center, Davenport, surrounded by her family.

Pauline Ann Miller was born May 20, 1940, in Sheffield, England, the daughter of George Frederick and Doris Maud (Stacey) Miller.  She married Donald Mac France August 1, 1959, in Ecclesfield, England.  She enjoyed gardening and being a mother and grandmother.

She was preceded in death by her parents; sister, Joan Miller; brother, Keith Miller; and sister-in-law, Ella Mae Faranda.

To order memorial trees or send flowers to the family in memory of Pauline France, please visit our flower store.