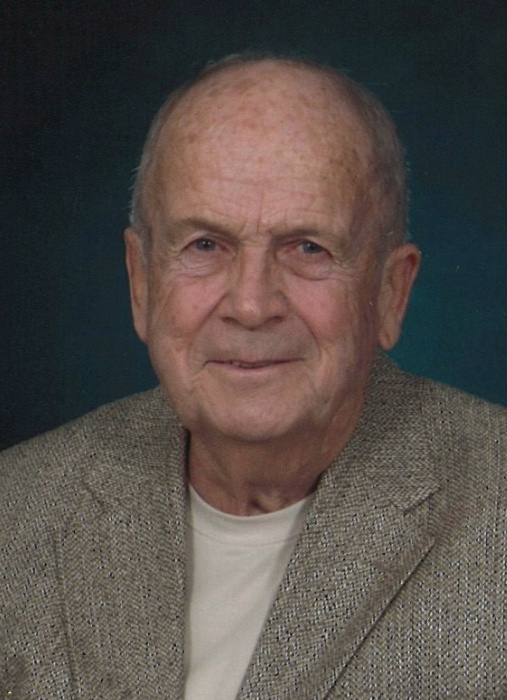 Funeral services and Mass of Christian Burial for Paul Michael “Dutch” Herrig, 88, of Davenport, will be 10:30 a.m. Monday, October 11, 2021 at Our Lady of Victory Catholic Church, Davenport. Visitation will be Sunday from 1 until 4 p.m. at the Halligan-McCabe-DeVries Funeral Home, downtown Davenport. There will be additional visitation Monday from 9:30 a.m. until the time of the Mass in the gathering space at church. Burial will take place 11:30 a.m. Tuesday in the Rock Island National Cemetery, Arsenal Island. If joining the family, please be at the funeral home by 11:00 a.m. Memorials may be made to Our Lady of Victory, Clarissa C. Cook Hospice House, or a charity of your choice.

Paul was born on April 24,1933 in LaMotte, Iow, a son of Michael and Catherine (Moran) Herrig. He grew up in LaMotte and attended Holy Rosary High School. He went on to Loras College (Dubuque) for two years before enlisting in the Army (1953-1955) and spent his time in Germany during the Korean War era. Following his time in the Army, he completed his degree at Loras. His first teaching position was in Cascade, Iowa. He went on to get his Masters at the University of Iowa (Special Education). From 1962-1985, he was the first Special Education teacher at Davenport West High School.  He then became a Work Experience Coordinator for Davenport North and Central High Schools from 1985-1998. In addition to his teaching career, Paul coached his children's Little League teams for many years. He was the Assistant Softball Coach at West High for many successful years including helping to win two state championships.  He retired in 1998 after serving the Davenport Community Schools for thirty-six years.

Paul’s hobbies included: hunting, fishing, and golfing.  Some of his favorite memories included breakfast with his colleagues from West High School and playing cards with his golfing friends. His most stressful coaching moments were from his recliner as he faithfully watched the Cardinals and Hawkeyes.

With the love and support of Arlene, the best gift they gave to their children was passing on their unwavering Catholic faith and trust in God. His children enjoyed his sarcasm. He had so many one liners, our favorites included:

“Fold those towels or I’m gonna fold your head”, “Keep those cards and letters coming”, “I love ya boy (his dog), now get outta here” , and ended the evening with “GOODNIGHT FOLKS”

He was preceded in death by his parents, his father-in-law and mother-in-law, Joseph and Alma Mitchell, a son, Adam Herrig, daughter-in-law, Joan Herrig, brothers and sisters-in-law: Marilyn Schroeder, Orlyn and Dorothy Wathier, Vic Habisohn, and Jim Murphy, and nephews: Daryl Wathier and John Schroeder.  May they rest in peace.

The Herrig family would like to thank the staff at Clarissa Cook Hospice House, Genesis Visiting Nurses, and all the staff at Genesis East for all the loving and compassionate care shown to Paul.

To order memorial trees or send flowers to the family in memory of Paul Herrig, please visit our flower store.