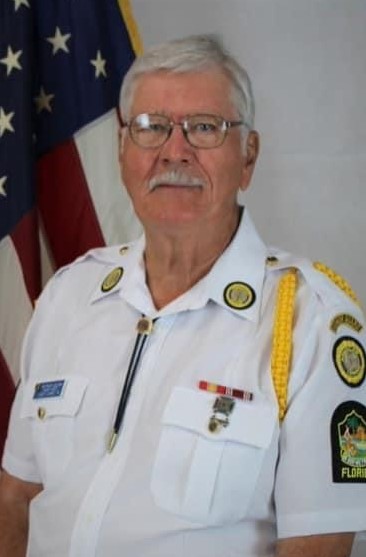 A funeral Mass will be held at 10:30 a.m. on Wednesday, July 13th, at St. John Vianney Catholic Church, Bettendorf. The family will greet friends from 9:00 a.m. until time of service at the Church. A private burial service will follow at the Rock Island National Cemetery.

He graduated from East Dubuque High School class of 1960. Immediately after high school, Patrick served a three-year enlistment in the United States Army where he was stationed at Fort Sam Houston in Texas. Upon being honorably discharged from the Army, Patrick embarked on what would become a 40-year career in the commercial laundry industry. His journey included tenures at Clean Towel Service, F.W. Means, and Ecolab. Patrick reached the highpoint of his career in 1989 when he founded Tri-Supply Company, Rock Island, IL, a distributor of chemicals and supplies for industrial laundries and dry cleaners. He sold the business and retired in 2006.

Patrick was a proud American and a true patriot. He was an active member of American Legion Post 347, Lady Lake, FL, where he served tirelessly as an Honor Guard volunteer contributing to military funeral honors for deceased veterans. He also participated as a Guardian in five Honor Flights, traveling to Washington D.C. and back, in respect to the service and sacrifice of American Veterans.

Pat and Mary were inseparable in marriage for fifty-seven years. Together, they served as Eucharistic Ministers, traveled the globe, and were unbeatable in any type of card game, especially euchre.

“Big Pat” lived his life to the fullest. He was an avid golfer, always looking forward to his next tee time. After hours, he enjoyed watching sports television and rarely missed a Chicago Cubs broadcast. In his earlier years, Pat enjoyed deer hunting, boating, running, and bicycling. His family will always remember his fondness for chocolate donuts, Whitey’s Ice Cream, Frank’s Pizza, and roller coaster rides.

Patrick will be missed but not forgotten. His kindness and sincerity, sense of humor, patriotism, and willingness to help others, are traits that his family will always strive for.

Online remembrances and condolences may be expressed by visiting: www.hmdfuneralhome.com.

In lieu of flowers and memorials, please consider a donation in Patrick’s name to the Villages Honor Flight, Lady Lake, FL.

To order memorial trees or send flowers to the family in memory of Patrick Quinn, please visit our flower store.