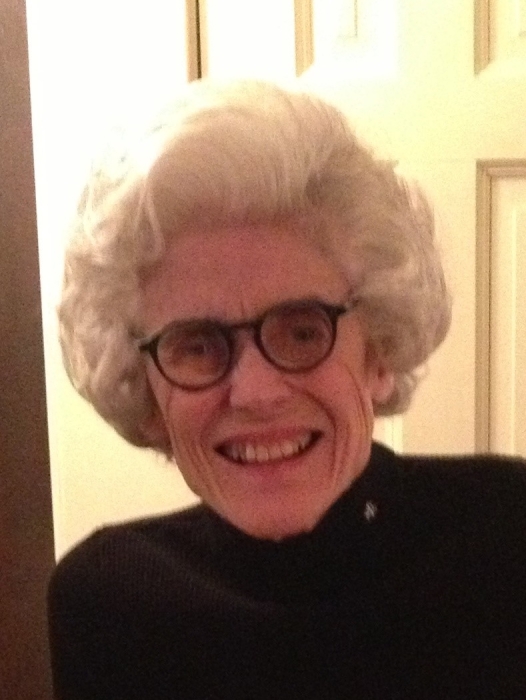 Funeral services and a Mass of Christian Burial for Pat will be 2:00 PM. Friday, June 11, 2021, at St. Anthony Catholic Church, Davenport.  Burial will be in Mt. Calvary Cemetery, Davenport.  Visitation will be at church, prior to mass from 1-2pm.

Pat was an assistant buyer for Julius Garfinckel & Co., in Washington, D.C. prior to moving to Davenport in 1956.  Her Davenport career began at Petersen Harned Von Maur where she worked until starting her family.  While raising her son John, daughter Margaret, and their beloved Basset Hound Cleo, Pat was active in the community volunteering at Mercy Hospital, the Kahl Home, the Little Stone House, PTA President at Grant Elementary School, President of the Women’s Bar Association, and member of the Junior League of the Quad Cities.

She had a real zest for life with a lovely disposition and a beautiful smile that made everyone feel better!

In later years she returned to work at Von Maur and then Younkers. Her wonderful sense of style, fashion, creativity and engaging personality made shopping an event! She retired in 2003.

She had a variety of interests including fashion, art, music, theatre, movies, politics, sports especially horse racing and the Chicago Cubs.  Toasting her team with a glass of champagne after their World Series victory!

She was preceded in death by her parents, husband and sister, Judith O’Donovan Stutz.

Memorials may be made to...

The Genesis Foundation to benefit CSU and Medical/Pulmonary Units

To order memorial trees or send flowers to the family in memory of Patricia Osborn, please visit our flower store.