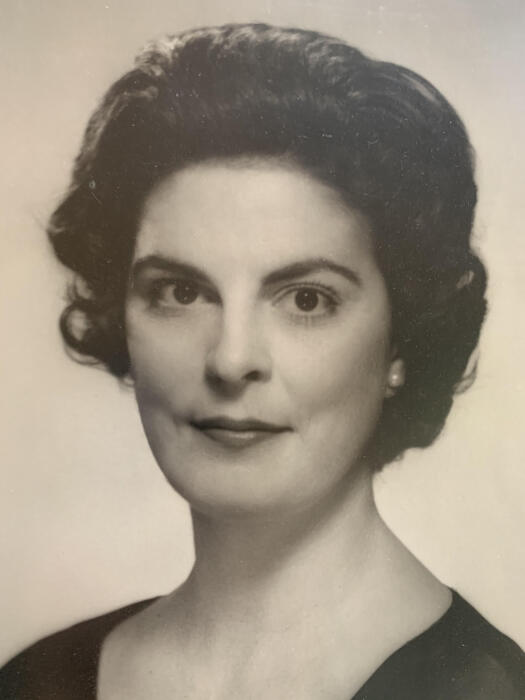 Nancy was born on August 23, 1925 in Davenport, Iowa to Harold and Grace Noth, the third of their three children.  Nancy graduated from Immaculate Conception Academy and Marycrest College in Davenport, and then moved to New York City, where she spent most of her adult life.  Nancy had a long career there with Union Carbide Corporation, walking to and from work in Midtown Manhattan from her Upper East Side apartment.  Following her retirement from Union Carbide, she worked for several more years at the Helena Rubenstein Foundation, also in New York City.  In 2012 she moved to Wisconsin to be nearer to family.

Nancy is survived by her nieces and nephews: William (Marcia Baumhover) of Des Moines, Iowa; Peter of Kansas City, Missouri; Christopher (Janet) of Davenport, Iowa; Katherine (James) Shadid of Whitefish Bay, Wisconsin; and Anne (Henry) Chiu of Brookfield, Wisconsin.  She also is survived by nine great-nieces and nephews. She was preceded in death by her parents; her brothers Donald and James; her dear sister-in-law, Rosemary; and two nieces-in-law, Andrea (Dolan) Noth and Susan (Devlin) Noth.

During her time in New York, Nancy came back to Davenport regularly. She was there for every holiday, and each year joined Jim and Rosemary’s family vacation in Door County, Wisconsin. She stayed close to her family, knew her nieces and nephews well, and was loved by all of them.

In lieu of flowers, memorial contributions may be made to Nancy’s long-time church, the Church of Saint Vincent Ferrer, 869 Lexington Avenue, New York NY 10065.

Private burial will be in Mt. Calvary Cemetery.  Halligan-McCabe-DeVries Funeral Home is assisting with arrangements.

To order memorial trees or send flowers to the family in memory of Nancy Noth, please visit our flower store.