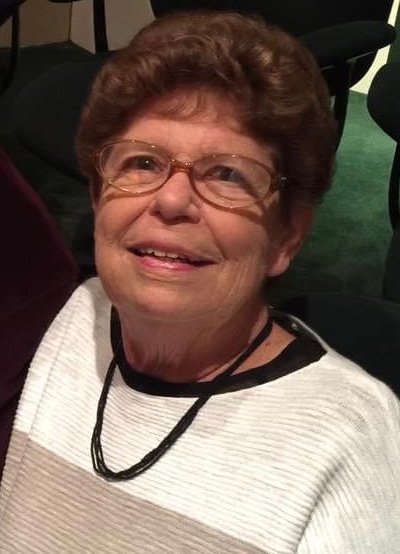 Mary Louise “Mitzie” Collins, 88, of Naples, Florida died Sunday, December 19, 2021 at the Kahl Home in Davenport, surrounded by her family.

Mitzie was born in Springfield, Illinois on November 18, 1933 to Paul and Lily (Hawkins) Hunn, the oldest of four daughters.  Her father passed away when she was 8 years old, and her mother continued to operate the DX Gas Station her father had owned.  Mitzie graduated from Sacred Heart Academy also in Springfield.  After high school she went to work for the F.B.I. as a stenographer where she met and married her first husband Charles Smith.  They had five children together.

Later Mitzie began working for Karmelkorn as a secretary.  That is where she met her current husband, Jeff Collins.  She also worked for a time at John Deere in the advertising department.  She spent the rest of her working career performing the accounting for and helping to grow all the businesses she and Jeff started.

In 1983, Mitzie in conjunction with Joe Whitty developed Grandma Whitty’s Cookie Store in Southpark Mall in Moline.  In 1992, she founded Kitchens, which grew to 11 stores.  She also helped her husband open Mark-it and Splashers stores at the local malls, Benneton stores, and in conjunction with Terry Lunardi, Sports Avenue stores, Clubhouse stores, Bud shops and most recently Black and Gold shops. ultimately, they opened over 200 various retail businesses over the years.

These stores allowed her to enjoy traveling around the country to work at and enjoy sporting events and to indulge in one of her passions – shopping.

Mitzie was instrumental in the development of the St. Patrick’s Society and served as the organization’s first treasurer.  She also helped raise funds for the first St. Patrick’s Day parade in the Quad Cities.

Mitzie and her husband Jeff lived for a time in New Orleans, where some of the Sports Avenue stores were located.  She loved New Orleans, the food and the Saints!  They also had homes in Rock Island and Geneseo and most recently in Naples, Florida.  In all of her homes, Mitzie loved to entertain friends and family.

Mitzie enjoyed traveling, shopping with her daughters, eating out and going to the casino with her friends.  She also loved to read and was an excellent cook, collecting many gourmet cookbooks and recipes throughout her life.  Most of all she loved spending time with her husband Jeff, her children and grandchildren.

Mitzie leaves behind a great legacy of hard work, dedication and love.  She was an amazing and well loved woman.

She was preceded in death by her parents, her sister Alice, her good friends Gary Thompson, Terry Lunardi, Ed Carstensen and Ed Stolley.

Memorials may be made in her name to the Kahl Home in Davenport or Genesis Hospice.

The family would like to extend special thanks to the Kahl Home for their care and to Maggie Conner and Ruthie Teague from Genesis Hospice for their kind and loving care.

A Memorial Mass to celebrate Mitzie’s life will be held at 10:30 a.m. Tuesday, February 8, 2022 at St. Anthony’s Catholic Church, 417 N. Main Street, Davenport. The Mass will be livestreamed by visiting https://www.youtube.com/channel/UCFcpGJB4b6cbWTDvn-c14EA The family will greet friends from 9:30 a.m. until the time of the Mass in the gathering space at church. Cremation rites have taken place and Mitzie will be laid to rest at Mt. Calvary Cemetery, Davenport.  Halligan-McCabe-DeVries Funeral Home is assisting the family with arrangements.

To order memorial trees or send flowers to the family in memory of Mitzie Collins, please visit our flower store.