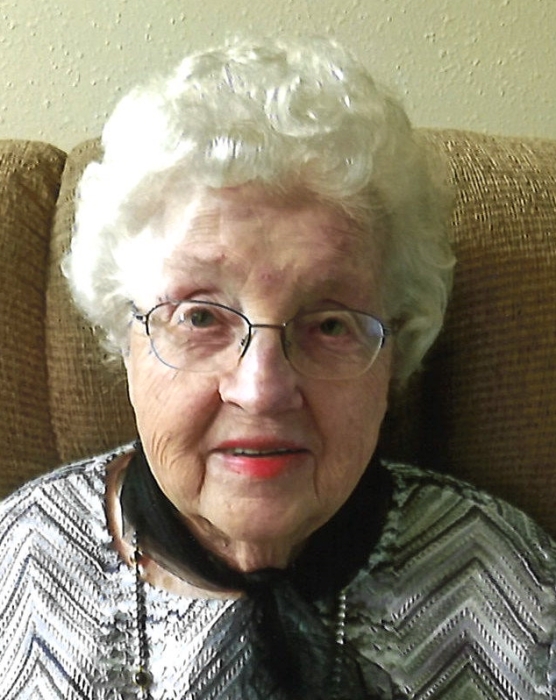 Private services will take place but will be livestreamed at 12 p.m. Tuesday, December 15, 2020 by visiting Mrs. Ven Horst’s obituary at www.hmdfuneralhome.com and clicking the link that will appear around 11:50 a.m.  Burial will be in Pleasant Valley Cemetery.  Halligan-McCabe-DeVries Funeral Home is assisting the family with arrangements.

Mildred Evelyn Schnoor was born November 13, 1923 in Davenport. She attended Davenport schools. She was united in marriage to Harry Albert Ven Horst on April 12, 1944 at Our Lady of Lourdes Catholic Church, Bettendorf.  They were blessed with over 72 years of marriage before Harry’s passing on January 4, 2017. They created and leave behind a legacy of family including children, grandchildren, and great-grandchildren; something that neither of them could have imagined when they met so many years ago at a dance.

Mildred was truly Harry’s partner. They farmed together their entire married life and she was always willing to help; milking the cows or assisting in any job that was necessary. She was affectionally known as the “egg lady.” She was a female entrepreneur, running her egg business, selling to local restaurants. Mildred also had a large garden on their farm and enjoyed canning. Mildred had a heart for people, she never met a stranger and could always make a connection.

Mildred was a member of St. Anthony’s Catholic Church, volunteering many hours at the McAnthony’s Window. She was full of faith and a spiritual woman, regularly attending Bible studies in her early years.

Mildred was also a member of the Farm Bureau and other service organizations. She loved to play cards and talk with friends.

In addition to her husband, Harry, Mildred was preceded in death by her son, Robert in April of 2020, a son-in-law, Wayne Jones and siblings, Robert Schnoor, Arlene Holst, and Marjorie Ven Horst.  May they rest in peace.

God loaned her us for a while, we loved her wit, her cheery smile, her wise advice, her faith in God.  Her love for her family was strong and deep within her heart.  She was always ready to heal a bruise or lend an ear.

When her span of years grew dim, God called her home to be with Him.  We will miss you dearly Mom, Grandma, Great-Grandma.

In lieu of flowers memorials are suggested to Camp Courageous or a charity of your choice.

To order memorial trees or send flowers to the family in memory of Mildred Ven Horst, please visit our flower store.