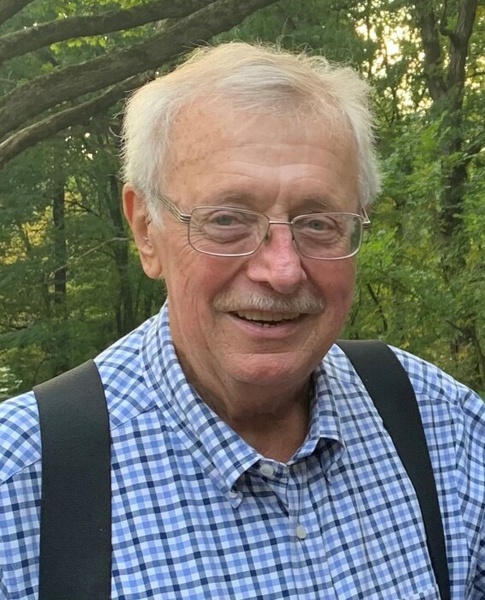 Michael James Stohlmeyer passed from this world on March 10, 2021 after a long struggle with heart disease. Michael was born on December 22, 1940, the son of Clarence and Evelyn Stohlmeyer in Tennyson, Wisconsin. Michael met the love of his live in 1963 and married Elizabeth J. McLimans on August 19, 1967 at St. Mary’s Catholic Church in Fennimore, Wisconsin. They had three wonderful children, Anthony (Tony), Todd, and Michelle. Mike was very proud of his children and loved them dearly.

Mike enjoyed life and was recognized as an individual who was willing to lend a hand to his friends and neighbors. He enjoyed golfing, fishing and snowmobiling at his cabin in northern Wisconsin. Mike was born on a farm in Tennyson and often said, “You can take the boy out the country, but you can’t take the country out of the boy”.

Mike is survived by his wife Betty, his sons, Anthony (Tony) and Susan with grandchildren Gabriel and Sophia of Hudson, Ohio, Todd and Julie with granddaughters Katie and Madison of Eden Prairie, Minnesota, and daughter Michelle and Jonathan Russell with granddaughters Ella and Hannah of Chicago, Illinois, his sisters Pauline Wiezorek, Eva Lyons and Mary (Robert) Durst, his brothers Harold (Mary Pat) Stohlmeyer and Bill (Mary Ellen) Stohlmeyer, and his sister-in-law, Sandy Stohlmeyer.

He is preceded in death by his parents, Clarence and Evelyn, sisters Elizabeth and Harriet, brothers Paul, Joseph (Bimp), and Henry Stohlmeyer, sister-in-law Celine and brother-in-laws Tom Lyons, Ed Wiezorek and Richard Powers, and grandson Luke Stohlmeyer.  Mike loved his family dearly and was a proud father and grandfather and truly enjoyed the time he had with them.

The funeral will be held at Christ the King Church in Moline on Saturday March 20 th at 10:00am with a visitation from 9:00 to 10:00. The mass will be livestreamed and can be viewed at https://www.christthekingmoline.org/live-stream . The remains will then be taken to St. Andrew’s Church in Tennyson, Wisconsin where a visitation and burial will be from 1:30 to 2:30.  Masks and social distancing will be required.  A Celebration of Life will take place in the summer. In lieu of flowers, donations can be made to Christ the King Church, St. Andrew’s Church, or the Alzheimer’s Association.  Halligan-McCabe-DeVries Funeral Home assisted the family.  Online tributes may be expressed at www.hmdfuneralhome.com .

To order memorial trees or send flowers to the family in memory of Michael Stohlmeyer, please visit our flower store.