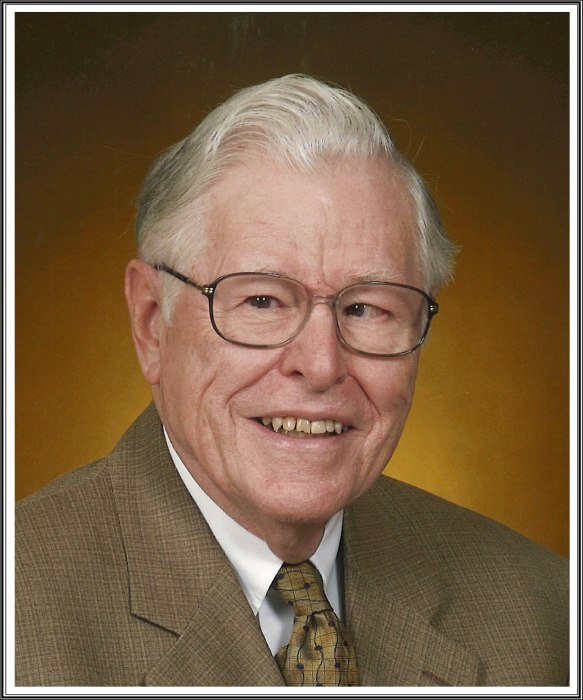 Michael J. Gimbel, 100, of Davenport, died Saturday, September 26, 2020 at his home surrounded by family.  A private Mass of Christian Burial for Mr. Gimbel was held at Holy Family Catholic Church, Davenport, officiated by his nephew, Bishop Christopher Glancy C.S.V. Burial took place at Mt. Calvary Cemetery, Davenport.  There will be a public celebration of his life, pending the resolution of the pandemic.  Halligan-McCabe-DeVries Funeral Home assisted the family with arrangements.  In lieu of flowers, memorials may be made to Holy Family Catholic Church or the Gimbel Family Scholarship at Assumption High School.

Michael Joseph Gimbel was born on April 18, 1920 in Davenport, Iowa, the only child of Joseph C. and Mary Irene (Flynn) Gimbel.  Following his parents’ passing, Mike was raised by his grandparents, Michael and Bertha Flynn.  He graduated from St. Ambrose Academy in 1938 and St. Ambrose College in 1942. Mike proudly served our country in the Army during World War II from 1943 until 1946.  He was primarily stationed in England and France.

Michael was united in marriage to Margaret Mary Glancy on October 14, 1943 at St. Mary’s Catholic Church, Davenport.  They have shared a lifetime of marriage and memories.

Mike worked for the United States Postal Service, retiring in 1978, as Service Director of Separation and Delivery.

Mike was a longtime member of Holy Family Parish. He was also a 3rd Degree member of the Knights of Columbus #532.  He enjoyed crossword and jigsaw puzzles, reading and playing cards.  He was an avid fan of the Chicago Cubs, attending his first game in 1927. He always saved vacation time until fall, hoping to watch the Cubbies postseason play.

Michael was preceded in death by his parents and a daughter-in-law, Mary Anne Gimbel.  May they rest in peace.

To order memorial trees or send flowers to the family in memory of Michael Gimbel, please visit our flower store.