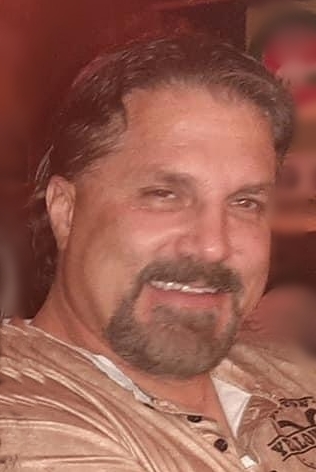 A time to gather and celebrate the life of Michael D. Giammetta, 47, will be held from 4 until 7 p.m. Thursday, November 5, 2020 at the Halligan-McCabe-DeVries Funeral Home, downtown Davenport.  Cremation rites will take place following the visitation.  In lieu of flowers, memorials may be made to the King’s Harvest Pet Rescue, Scott County Humane Society, or American Heart Association.

Michael Domenic Giammetta was born on March 14, 1973 in Davenport, a son of Domenic and Joyce M. (Imming) Giammetta.   For the past twenty-one years, Mike has shared his life with Geri Doyle.  They were each other’s wing man, best friend and life partner loving and living life.

As a teenager, Mike went to work at his father’s business, Fred’s Towing in Davenport and was his dad’s right-hand man. Mike loved working side by side with his dad until his untimely passing in 2017.  Mike continued to grow Fred’s into the business it is.  Today they are well known in the wrecking industry and specialize in heavy wrecking, towing and transportation of heavy equipment locally and cross country. Car Dead? Call Fred!

At times, Mike presented a tough exterior, but once you broke it and saw the man he really was, he would be your most loyal and dedicated friend.  Even though he was just 47 at his passing, Mike packed a ton of life experiences and memories in those years. Mike enjoyed his “toys”.  He had a great love for classic cars and traveled the country on his motorcycles with his buddies.  Mike had an immense sweet-tooth, never passing up candy, or the hottest of hot sauces.  He also enjoyed working around his home, and mowing his yard with his sidekick, Sarge, in his tractor.  Mike also loved just tinkering in the garage, or doing projects down at the river. He loved his weekends of watching football.  Mike had a deep love for animals, he loved his dogs like they were his children.  His canine pal, Sarge will deeply miss him and Mike’s reunited with Mia and Bear in Heaven.

Mike’s determination was impressive, “Never give up!” was a daily saying.  He was so passionate in his beliefs, he loved his family, and friends.  Always smiling and willing to lend a hand.

He was preceded in death by his father and stepmother, Don and Dr. Dianne Giammetta, and his grandparents: Don and Angeline Giammetta.

To order memorial trees or send flowers to the family in memory of Michael Giammetta, please visit our flower store.