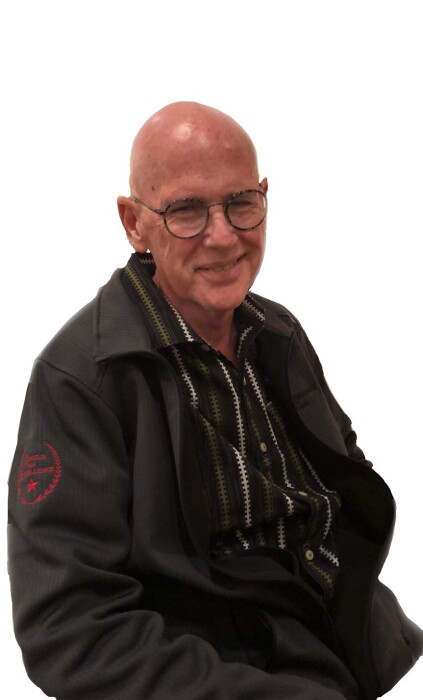 A Celebration of Life for Michael W. Curran, 66, of LeClaire, IA, will be held from 11am – 2pm on Saturday, January 8, 2022, at the Clubhouse at Pebble Creek Golf Course, 3851 Forrest Grove Rd, LeClaire.  Per his wish, the rite of cremation was accorded, and inurnment will be at a later date in Oakdale Memorial Gardens, Davenport.  In lieu of flowers, memorials may be made to the American Cancer Society.

Michael Curran passed away peacefully surrounded by family on Saturday, January 1, 2022, at the Clarissa C. Cook Hospice House, Bettendorf, following an eight-year battle with Esophageal cancer that metastasized to his brain.  He was undergoing treatment from the University of Iowa.

Michael William Curran was born August 19, 1955, in Des Moines, the son of William G. “Bill” and Virginia “Peg” (nee Wilmot) Curran.  He graduated from Ankeny High School, class of 1973.  While working at the tuxedo store at the local mall, he met Julie Nielsen who worked at the nearby Hallmark store.  They were united in marriage on July 17, 1977, in Des Moines.  They moved to the Quad Cities in 1980 to begin their family and raised two children Erin (Curran) Cones and Alex Curran.  Michael was a member of First Lutheran Church, Moline.

Mike was the owner of Quad City Coin, with top shelf rating by the Better Business Bureau.

We was a 14 time recipient of the Quad City Times Readers Choice Award for best place to buy Gold and Silver, Coins and Currency. He referred to himself as a CEO/ “Coin Evaluation Officer” for QC Coin Co., Bettendorf.  He was a sharp-witted with a hefty dose of sarcasm type of guy.  He always took good care of his customers, treating them like family, and helping to educate young coin collectors.  He was a member of Coin Dealers helping Coin dealers.  He was also the served as one of the Governor’s of the Central States Numismatic Association.

From the young age of 5, Michael was an avid coin collector.  As he grew older, his passion for unique coins and currency expanded to antiques, specializing in old wind-up toys.  He was a contributor to the “Antique Toy Collector” price guide.   He also was a contributor to the column “Ask the Expert” in the QC Times for numerous years.  In his earlier years, he had been a magician performing sleight of hand tricks and a member of the American Magicians Society.  He was also a Boy Scout Leader and basketball coach, when his son, Alex, was young.  He was a fan of the Iowa Hawkeyes and Marvin the Martian from Looney Tunes.  He enjoyed sponsoring the newspapers for area hospitals and performing random acts of kindness.

He was preceded in death by his parents Bill and Peg Curran, mother-in-law Phyllis Nielsen, and brother-in-law Steve Nielsen.

When folks would ask Mike how he is doing, he would say, “I’m living the dream!”  Even on tough days, he would not complain about his battle with cancer.  He was a great man and will be missed dearly.

To order memorial trees or send flowers to the family in memory of Michael Curran, please visit our flower store.