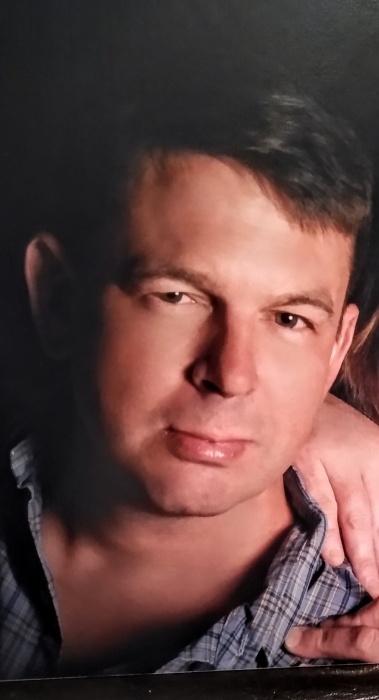 Michael Brayton II, 50, of Davenport, died Thursday, September 3, 2020 in Lee County, Iowa as the result of an automobile accident.  Keeping with his wishes, cremation rites have been accorded and services will be held at a later date.  Halligan-McCabe-DeVries Funeral Home is assisting the family with arrangements.

Mike was born on May 25, 1970 in California, a son of Michael Sr. and Donna (Smith) Brayton.  He graduated from Algona High School in Algona, Iowa and had worked as a mechanic/machinist during his career.

Mike enjoyed cars, especially working on Volkswagens and watching the Velocity channel.  He was a great cook and recently had been fixing up his father’s cabin in Missouri.  He also enjoyed watching movies and his dog, Layla.

Memorials may be made to his family to establish a memorial at a later date.

Survivors include the love of his life, Megan Downing, Davenport, his extended family, and his many friends in Iowa and Texas.

He was preceded in death by his parents and a brother, Joshua Brayton.

To order memorial trees or send flowers to the family in memory of Michael Brayton II, please visit our flower store.