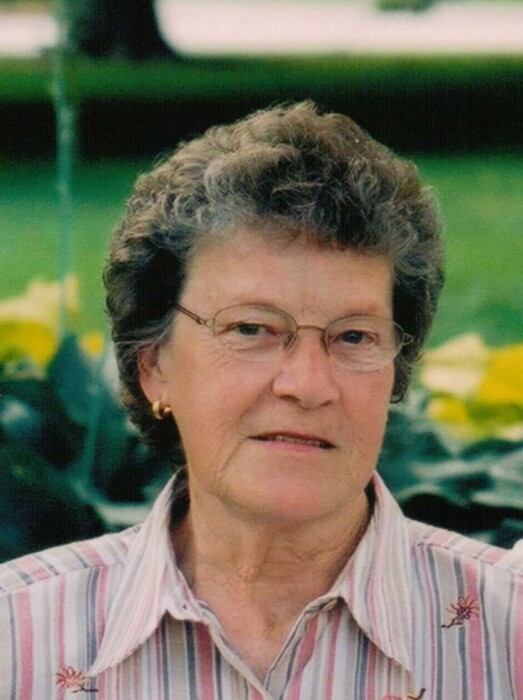 Funeral services and Mass of Christian Burial for Mary Lou Pacha, 89, a resident of Davenport, will be 10am Thursday, March 3, 2022 at St. Anthony’s Catholic Church, Davenport.  Burial will be in the National Cemetery, Rock Island Arsenal.  Visitation will be 4-7pm Wednesday at the Halligan McCabe DeVries Funeral Home, Davenport.  Memorials may be made to CASI or St. Anthony’s.

Mary Lou Epping was born on February 21, 1933, in Davenport, a daughter of Herman and Marie (nee Pohlmann) Epping.  She was united in marriage to Robert “Bob” Pacha on February 6, 1954 at St. Alphonsus Catholic Church, Davenport.  They had celebrated 57 years of marriage at the time of his passing in 2011.

She enjoyed the family fishing trips to Minnesota and family farm ponds, traveling with Bob, bowling, weekly luncheons with her many friends, an occasional trip to the casino, and following the Cubs and Hawkeyes.

In addition to her husband Bob, she was preceded in death by her parents, sister Patricia Ripley, and brothers Robert, Donald, Paul, Richard, John, and Eugene.

To order memorial trees or send flowers to the family in memory of Mary Lou Pacha, please visit our flower store.