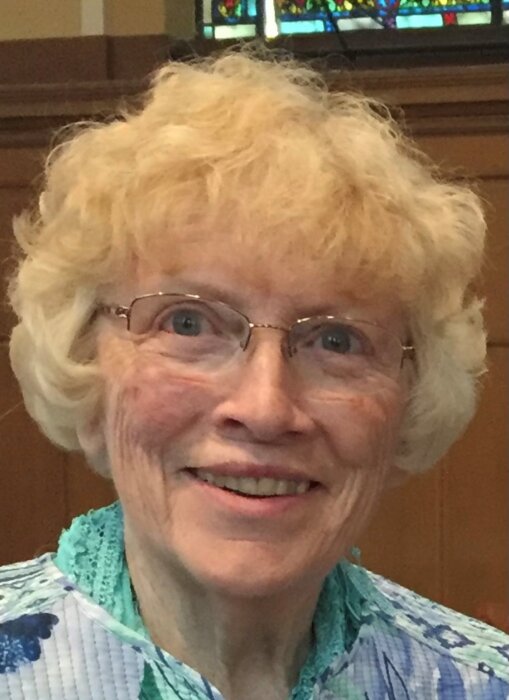 Davenport – Mary Kay “Tootsie” Riley, 85, of Davenport, died peacefully Saturday, March 5, 2022 at the Clarissa C. Cook Hospice House, Bettendorf after her valiant fight against a rare blood disease, amyloidosis.  Mary Kay was surrounded by her loving husband of 62 years and eight children at the time of her passing.

Funeral services and Mass of Christian Burial for Mary Kay will be 10:30 a.m., Thursday, March 10, 2022 at Holy Family Catholic Church, Davenport.  The Mass will be livestreamed by visiting https://www.facebook.com/pages/category/Church/Holy-Family-Davenport-102171008311387/ . Burial will be in Mt. Calvary Cemetery, Davenport.  Visitation will be Wednesday from 4 until 7 p.m. at the Halligan-McCabe-DeVries Funeral Home, Davenport.  Memorials may be made to Holy Family Catholic Church, Assumption High School, or Clarissa C. Cook Hospice House.

Mary Kathyrn Broderick was born on August 15, 1936 in Des Moines, Iowa, a daughter of Leo Vincent and Honora (Maloney) Broderick.  She graduated from St. Joseph’s Academy in Des Moines and later Marycrest College in Davenport.  While at Marycrest, Mary Kay met a young St. Ambrose student, Francis J. Riley from Ottumwa.  On their first date Fran took Mary Kay to Mass celebrated by Bishop Ralph Hayes at Davenport’s Municipal Stadium. Their love affair and faith continued to grow from there.  They were united in marriage on November 28, 1959 at St. Theresa’s Catholic Church in Des Moines.  They have shared over 62 years of marriage and memories. After graduation Mary Kay taught 2 years at Holy Family Catholic School, before she and Fran started a family.

Mary Kay's biggest joy in life was raising and spending time with her family. From watching her children and grandchildren participate in sporting and school events, celebrating Riley family traditions such as Christmas in Geneva and our annual Bix weekend gathering, Mary Kay was the quiet matriarch. Her hobbies included reading, gardening, serving with both the Holy Family Church auxiliary group and as a Holy Family School Board member, swim classes at the YMCA, and playing bridge with her friends. She continued to share her gifts in the schools as a volunteer for 17 years at the former Holy Trinity School. One of her proudest accomplishments was boarding a plane for the first and only time to visit her family’s roots in Ireland.

Mrs. Riley was preceded in death by her parents, siblings and their spouses, Edward (Norma) Broderick and James (Vivian) Broderick, her mother-in-law, and father-in-law, Don and Elizabeth Riley, and her brothers-in-law and sisters-in-law, Loretta (Tom) Tracy, John Riley, Don (Lois) Riley, and Phil (Joyce) Riley.  May they rest in peace.

Mary Kay’s family would like to thank the medical staff at Unity Point Health in Moline, the Cardiac Step Down Unit at Genesis East in Davenport, Clarissa C. Cook Hospice House

in Bettendorf and finally the Senior Star staff for their loving care.

To order memorial trees or send flowers to the family in memory of Mary Kay Riley, please visit our flower store.