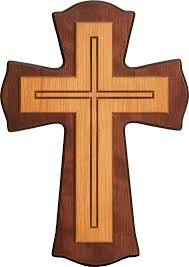 Mary Jo Patterson, 86, of Bettendorf, died Sunday, May 16, 2021 at Genesis Medical Center, East Rusholme Street, Davenport.  Keeping with her wishes, cremation rites have been accorded.  Private family services and burial will take place in Oakdale Memorial Gardens, Davenport.  Halligan-McCabe-DeVries Funeral Home is assisting the family with arrangements.  Memorials may be made to the American Cancer Society.

Mary Jo Wilton was born on July 16, 1934 in Burlington, Iowa, a daughter of Merle and Mabel (Lambert) Wilton.  She grew up in Wapello, Iowa and graduated from Wapello High School in 1952.  Mary Jo was united in marriage to Thomas D. Patterson on January 20, 1956 in Burlington.  He preceded her in death on April 26, 2021.

Mary Jo retired from John Deere in the 1990’s. She had also worked as an administrative assistant for ALCOA and in law offices in the Burlington area.

Through the years, Mary Jo and Tom enjoyed traveling to Colorado to ski, and later wintered in Arizona for several years.

Mary Jo is survived by her sister, Phyllis Barnes, Letts, Iowa, and her nieces and nephews.

In addition to her husband, she was preceded in death by her parents, stepfather, John Courtney, and a brother-in-law, Robert Barnes, Jr.

To order memorial trees or send flowers to the family in memory of Mary Jo Patterson, please visit our flower store.