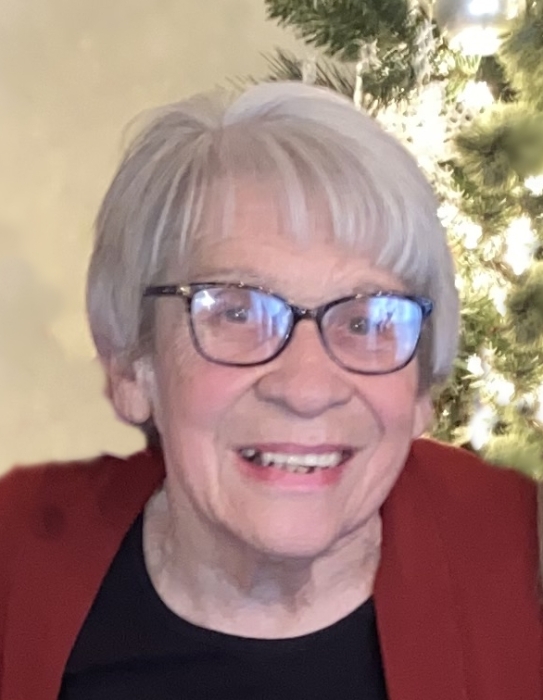 Mary J. Tasker, 83, of Davenport formerly of Burlington, died peacefully Monday, December 21, 2020 at her home, surrounded by family. Private graveside services took place at the Rock Island National Cemetery – Arsenal Island.  Halligan-McCabe-DeVries Funeral Home is assisting the family with arrangements. In lieu of flowers, memorials may be made to St. Paul’s Catholic School, Davenport, where she received many get-well cards and prayers from the children.

Mary Joann Wiedemeier was born on January 15, 1937 in Burlington, Iowa, a daughter of Ferdinand and Pauline (Jaeger) Wiedemeier.  She was united in marriage to Wayne Niebuhr on October 7, 1956. They were married 35 years and were blessed with four sons: Ronald, Robert, Roger, Rory.  She had a second chance at love when she married Hugh Tasker on June 11, 1994.  He preceded her in death on May 8, 2018.  From this union Mary gained two stepdaughters, Kimberly and Nancy.

Mary was a homemaker and raised her four sons. After she married Hugh, she joined him on his truck driving adventures, where they traveled the country together for many years.

Mary enjoyed spending time with her family, especially her grandchildren and grand dogs Charlie and Ralph, taking walks, and spending the mornings drinking her coffee and reading the newspaper. She never found a sweet treat she didn’t like. She will be missed by all who knew and loved her.

In addition to her husbands, she was preceded in death by her son, Robert Niebuhr, and a brother, Paul Wiedemeier.

The family would like to thank Mary’s caregivers, Heather Niebuhr, Judy Mackey, and Cindy Raymond for all the loving and compassionate care given to Mary.

To order memorial trees or send flowers to the family in memory of Mary Tasker, please visit our flower store.