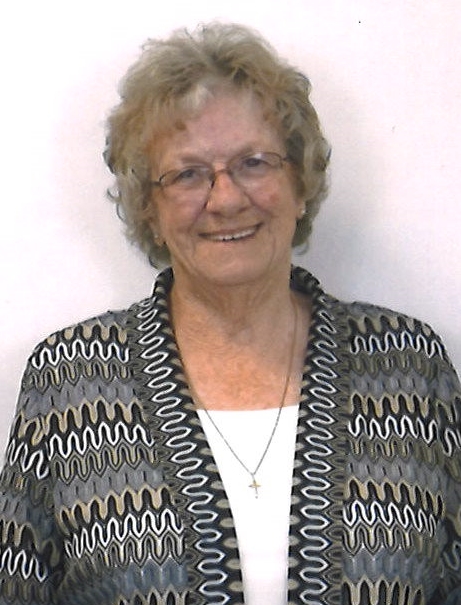 Funeral Services for Mary K. Payton, 83, a resident of Davenport, will be 11:00 a.m. Wednesday, March 24, 2021 at Halligan-McCabe-DeVries Funeral Home, downtown Davenport.  Burial will be in National Cemetery, Rock Island, Illinois.  The family will greet friends from 9 a.m. until the time of the service on Wednesday at the funeral home.  Due to pandemic restrictions, masks must be worn and social distancing maintained.  Memorials may be made to Mary’s family.  Mary passed away on Friday, March 19th, 2021 at home surrounded by her family.

Mary Kathryn Wilming was born October 4th, 1937 in Dubuque. She was the daughter of Elmer T. and Marcella (Roling) Wilming.  Mary graduated from Davenport High School.  She married Donald L. Quick in 1956. They later divorced. She married Warren Martin on February 25th, 1967.  They celebrated 31 years of marriage before his death on November 23, 1998.  She married Alan Payton, Sr. on June 21st, 2001 in Davenport. They shared 16 years of marriage before his death on January 29th, 2017.

Earlier in her life, Mary worked alongside her husband, Warren.  Together they owned M & W Sewing Machine.  Later in life, she was the life of the party, and the heart of Tommy’s Café. She was an active and dedicated parishioner of St. Anthony’s Catholic Church for most of her life.  Some of the things Mary loved were: her family, friends, car rides, fishing and the outdoors, going to the casino, and swinging on her porch swing.  She also adored her dog, Lucky, her faithful companion who never left her side.

The family would like to thank all of the employees and patrons of Tommy’s Café who helped Mary continue loving life.  A special thank you to Tiffanie and Tammy from Genesis Hospice for the loving and compassionate care.

To order memorial trees or send flowers to the family in memory of Mary Payton, please visit our flower store.