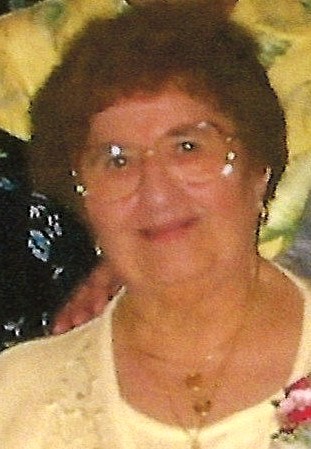 Private funeral services celebrating her life will be held. Burial will be at Davenport Memorial Park. Memorials may be made to Our Lady of Victory Catholic Church. Halligan McCabe DeVries Funeral Home in Davenport is assisting the family with arrangements.

Mary was born May 24, 1925 in Davenport, the daughter of Archangelo “John” and Theresa (Stompanato) Crisci. On July 4, 1953 in Davenport she married Donald Cooksey. He preceded her in death October 1, 2011.

Mary was a charter member of Our Lady of Victory Catholic Church. She enjoyed knitting, crocheting, and making rosaries. Mary enjoyed traveling with her husband, Don to numerous spots around the world including many trips to the Holy Land, Italy, Hawaii, and Australia.

In addition to her husband, she was preceded in death by her parents; son, Don Cooksey; brother, Vincent Crisci; and sister, Rose Flaherty.

To order memorial trees or send flowers to the family in memory of Mary Cooksey, please visit our flower store.