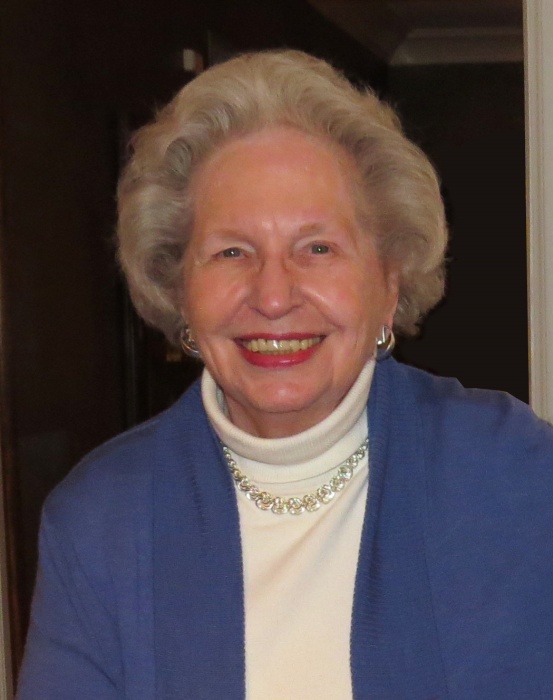 Marjorie Vieth Kimmel went to be with her Lord in Heaven on April 6, 2021. Her forever home is a place she prepared, studied, and waited for her entire life.

Marjorie was born on October 30,1925 in Omaha, Nebraska, the daughter of Irene Horn Vieth and Walter Vieth. Following the family’s relocation to Davenport, Marjorie treasured her days spent in bucolic Iowa. She graduated from Concordia High School in River Forest, IL, and earned a Bachelor of Arts degree from Northwestern University School of Speech.  Marjorie served as president of Alpha Phi sorority and was a member of Mortar Board Honor Society for college seniors. She married Joseph S. Kimmel, Jr. on April 10,1948.

Marjorie deeply loved her family and her church. The first fruits of every morning were spent in her devotions.  She was a life-long member of Trinity Lutheran Church in Davenport, where her grandfather, Oscar Horn, served as pastor from 1910-1918.

Marjorie impacted so many lives with her gentle humility, quiet generosity and world renowned “Grammy cookies.”  Her compassion and concern for those less fortunate were always on her heart. While her charity to others was limitless, her motto for herself was “Use it up, wear it out, make it do, do without.”

She was a member of PEO Chapter IB, the Outing Club, Davenport Country Club, taught Sunday School and was involved in many ministries at Trinity Lutheran Church. Her plethora of dear friends, many of whom preceded her in death, deeply enriched her life for 95 years. She treasured every bird, tree, and flower, and spent hours studying a naked branch or a single leaf. “Marvelous Marj,” as she was known to her family, thrived on the simple joys of life, and fervently believed every cough, cold and ailment could be cured with Vitamin C. She was also very early to embrace natural nutrition and concern for the environment.

The family invites you to attend an outdoor Memorial Service celebrating Marjorie’s life to be held Saturday, April 24th, 2021 at 11:30 a.m. in Davenport Memorial Park cemetery, 1022 East 39th Street, Davenport.  In the interest of health and safety, there will be no visitation and the service will be available for virtual viewing by visiting https://vimeo.com/534043746

The family would like to express its deepest gratitude to all the hearts and hands who serve and minister at Clarissa C. Cook Hospice House.

To order memorial trees or send flowers to the family in memory of Marjorie Kimmel, please visit our flower store.