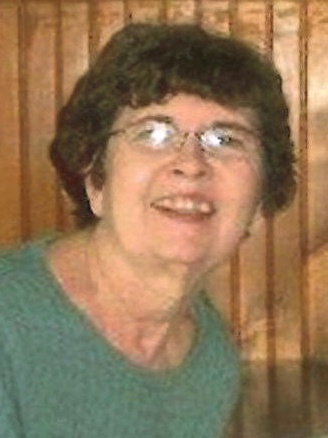 Marimay Cervantes, 81, of Davenport formerly of Bettendorf, passed away unexpectedly Tuesday, May 25, at her home at Senior Star Assisted Living.

Funeral services to celebrate the life of Marimay will be 10:00 a.m. Thursday, June 3, 2021 at the Bettendorf Christian Church 3847 Towne Pointe Drive, Bettendorf.  Visitation will be Wednesday, June 2, from 4:00 p.m. to 6:00 p.m. at Halligan-McCabe-DeVries Funeral Home, 614 N. Main Street, Davenport.  There will be an additional visitation at the church prior to the service from 9:00 a.m. until service time at 10:00 a.m.  Burial will be in Davenport Memorial Park.  Memorials may be made to the American Arthritis Foundation or NAMI Greater Mississippi Valley.

Marimay graduated from Kewanee High School in 1958.  She would meet her future husband while working at John Deere where she worked for a short period of time.  After settling into marriage she became a homemaker in the raising of their three children.  Marimay cherished her role as mother and was very involved in the Bettendorf school system as her children grew up, whether it be assisting in the classroom in the elementary school, volunteering for school activities, or attending her children’s athletic events (she was an avid Bettendorf Bulldog booster).  As her children grew older she provided daycare in the home for a small group of children.  She enjoyed volunteering at the Bettendorf Children’s Museum and was an active member of the Bettendorf Christian Church.

Marimay also enjoyed traveling with her husband as they traveled frequently over the years.  She was a big Iowa Hawkeye football and wrestling fan as she and her husband were longtime season ticket holders.  She was also a die-hard Cub fan and was very happy to see the Cubs finally win the World Series in 2016.  She and Mike attended many bowl games in support of the Iowa Hawkeyes with the highlight being able to attend the “Grand Daddy of them all” the Rose Bowl game in 2016.

She cherished the time she got to spend with her children and grandchildren.  She was a kind, giving and loyal friend to all who will be sorely missed.

She was also very thankful for her nurse Jessica at Senior Star of who she adored and who took great care of her.  Her children were so appreciative for the care that Jessica gave to their mother and she will always hold a special place in their hearts.

To order memorial trees or send flowers to the family in memory of Marimay Cervantes, please visit our flower store.