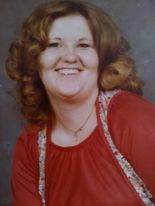 Marilyn Alberta Jackson, 63, of Davenport, passed away Friday, January 28, 2022. Marilyn was born on September 19, 1958 in Davenport, the daughter of Robert and Barbara (Doss) Simons. She was united in marriage to Eddie Jackson. He preceded her in death. She then found companionship with Michael Overton and enjoyed the last 18 years together. Marilyn was a beautiful person inside and out. She would do anything for anyone and had a caring soul. She also enjoyed trying her luck at scratch off tickets. Those left to honor his memory include her companion Michael Overton; daughter Lisa Barrell; and siblings Mike, Terry, Robert and Becky; and special friends Rosemary, Sandra, Tom, Carol and Chandler. She was preceded in death by her parents, Aunt Ceil and her husband.

To order memorial trees or send flowers to the family in memory of Marilyn Jackson, please visit our flower store.