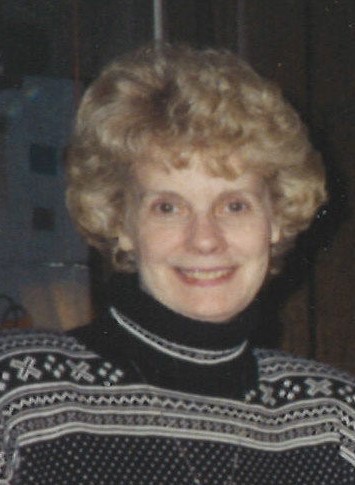 A Mass of Christian Burial will be held at 11:30 a.m. Friday, December 11, 2020 at Holy Family Catholic Church in Davenport. She will be laid to rest at Pine Hill Cemetery. In lieu of flowers, memorials may be made to the Alzheimer’s Association or a charity of choice benefiting dementia research. Halligan McCabe DeVries Funeral Home in Davenport is assisting the family with arrangements.

Lou was born October 7, 1932 in Philadelphia, Pennsylvania the daughter of Harold and Anna Marie (Hill) Beauchat. She married Bernard James Schebler on May 7, 1955. He preceded her in death May 1, 2009.

Lou enjoyed working as a secretary for Brammer. Lou enjoyed bowling, gardening, genealogy, and interior design. She enjoyed working out at the YMCA five times a week until her husband passed away in 2009. Lou also belonged to the library knitting circle.

To order memorial trees or send flowers to the family in memory of Lourene Schebler, please visit our flower store.