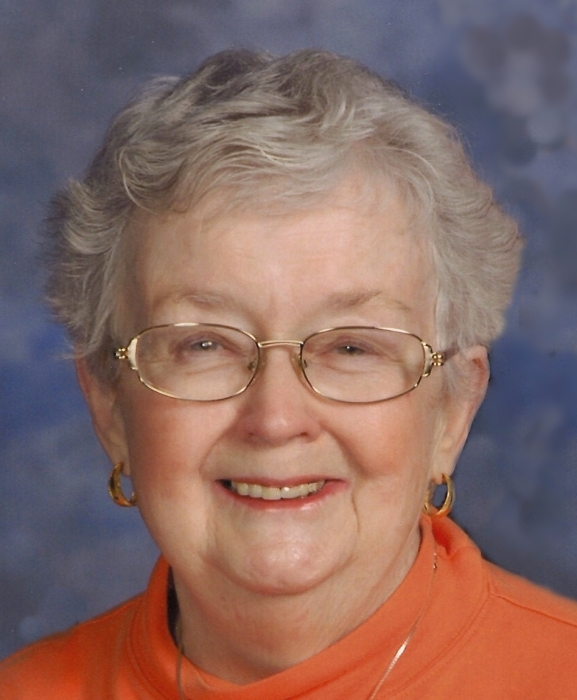 A Mass of Christian Burial for Lois J. Riley, 90, of Davenport will be 11:00 a.m. Saturday, December 26, 2020 at St. Paul the Apostle Catholic Church, Davenport. Burial will be in Mt. Calvary Cemetery, Davenport. Due to the current health crisis, there will be no public visitation and the Mass will be livestreamed by visiting http://www.facebook.com/stpauldisciples . Halligan-McCabe-DeVries Funeral Home is assisting the family with arrangements.

Lois died peacefully, Tuesday, December 22, 2020 at Clarissa C. Cook Hospice House, Bettendorf with her family by her side.  Lois was born November 16, 1930 in Davenport to Mary Cecelia (Glanz) and James E. O’Hara.  She graduated Immaculate Conception Academy in 1948 and then AIC School of Business.  She was a bookkeeper for The Uchtdorf Company in her 20’s and later in life for VanPelt Dry Wall Co.

Mom had an incredible strength and resilience that she showed many times over during her life.  While pregnant with her first child her husband, a fighter pilot, went missing in action during the Korean War. She held out hope for many years that he would return all while raising her daughter as a single mom.  She married her second love in her late 30’s and started a second family while seamlessly blending her children into one big happy family.  As her health deteriorated in her 80’s, she never complained and showed incredible perseverance and positive attitude as she fought her way back from one health crisis after another.

She was generous, selfless and considerate of others.  She had many neighbors and friends over the years that she would take care of by buying groceries, rides to appointments, visits, anything and everything they needed she would do.  She could always be counted on to volunteer for any school and church fund raiser. Lois was an excellent cook and took great pride in family dinners and celebrations, always making them special and making twice as much food as was needed so she had leftovers to send home with us.  Her many friendships were important to her and she especially enjoyed her Bridge Club ladies, her Friday Night Steak Fry/Green Lake Group and her KC’s group.  She was a lifelong Catholic, member of St. Paul the Apostle and Holy Family parishes, and she participated in the Altar and Rosary Society and Catholic Services Board.

Mom was as a wonderful homemaker and of all her accomplishments she was most proud of her family. Her love, her strength, and her resilience are a testament to her Irish roots and her deep faith in God.

In addition to her husbands, Lois was preceded in death by her parents and her brother, Jim O’Hara. Mom believed in and sent all her children through Catholic schools. Memorials may be made to St. Paul the Apostle Catholic School in her honor.  She also offered food and drink to everyone at every visit - even in her final days to Fr. Bruce as he gave her the Anointing of the Sick.  A memorial to River Bend Food Bank in her honor would also be appropriate.

To order memorial trees or send flowers to the family in memory of Lois Riley, please visit our flower store.