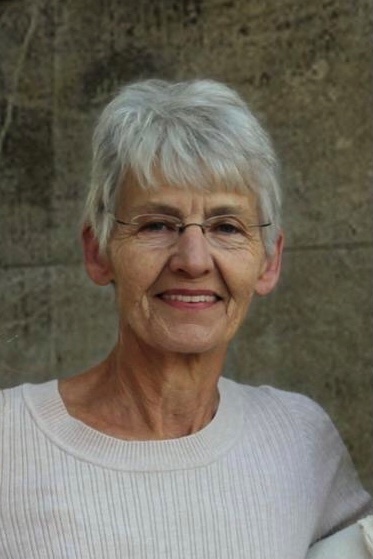 Per Linda’s request, there will be no services.  She has willed her body to the University of Iowa Department of Anatomy.

Linda was born in Burlington, Iowa September 22, 1945 to Thyra and Arthur Herman.

Linda was united in marriage to Alfred (Gary)Conor in Burlington, and they had 3 children together.  She later married Kenny Friedel and blended their families until his life was taken too soon by cancer.   She worked incredibly hard to make a good life for all.  Years later, she married Vancel Muir.

Linda enjoyed many things.  She was an avid book worm & walked 2 hours a day until she was diagnosed with dementia, and wasn’t able.  She enjoyed feeding the birds and identifying the many species that came to her yard.   She always had beautiful flowers and was a fabulous gardener.  She took great pride in her yard.  Her family meant the world to her and she beamed with great pride over all of her grandchildren.   She never missed sending a card on the big occasions and holidays.  Before she wasn’t able, she really enjoyed hunting for painted rocks.    There wasn’t one time we went “rock hunting” that we didn’t find at least one.   It was one of her final joys.

Linda retired from Vista Bakery, West Burlington, Iowa where she was a secretary.  She taught yoga and aerobics in her early years at the YWCA.  Before that she had worked at the IAAP Plant. She also cared for her mother at the end of her life.

Linda was preceded in death by her parents, Thyra and Arthur, her brother Richard Herman, her son Mike, her husband Kenny and her husband Vancel.

I know Vancel is waiting at the gates for his “sugar booger” with a cheeseburger (only ketchup), a soft chocolate chip cookie, and a coffee (3 tsp creamer).

Memorials will be established for Compassus Hospice and Alzheimer’s Association.

To order memorial trees or send flowers to the family in memory of Linda Muir, please visit our flower store.